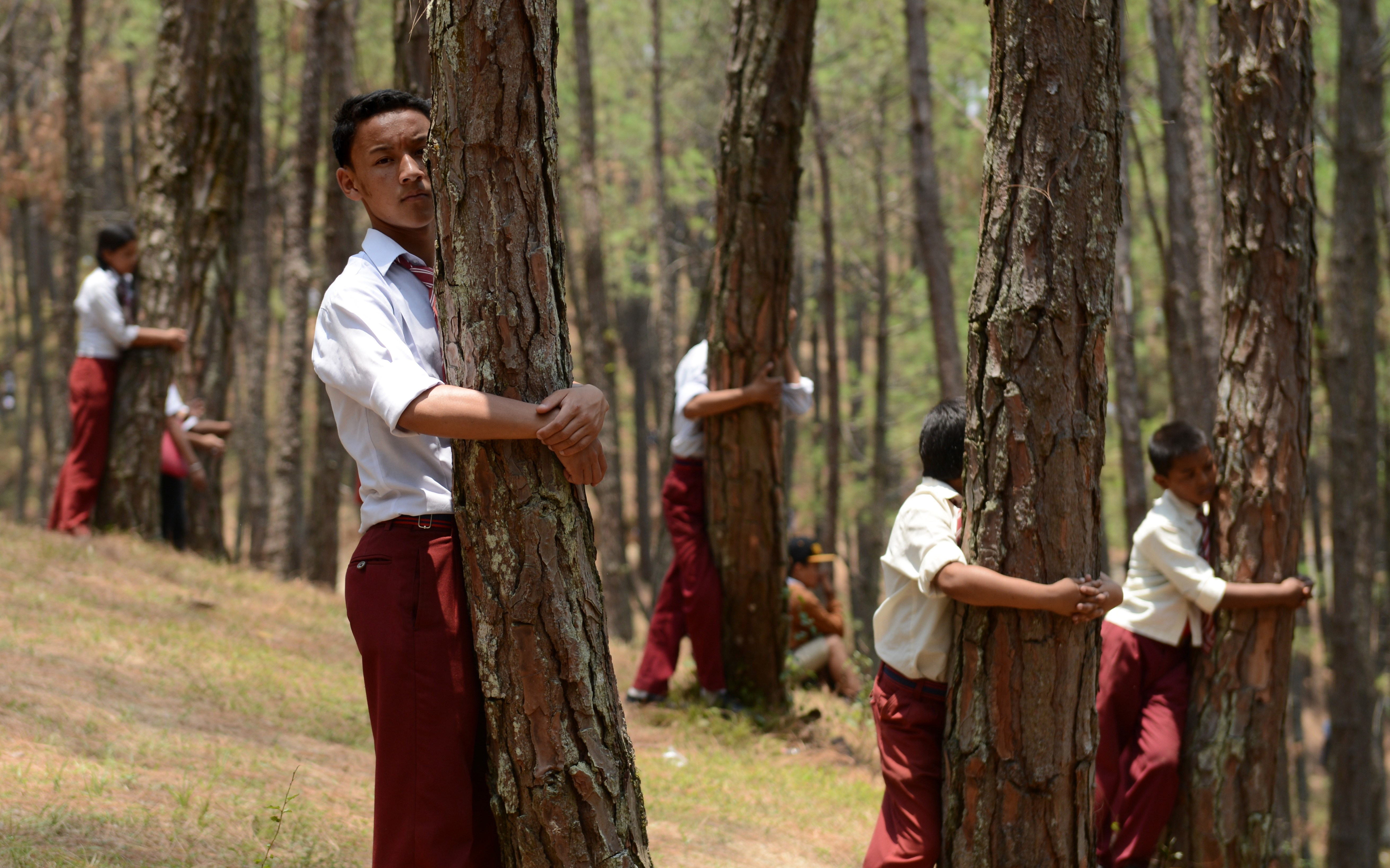 KATMANDU, Nepal -- More than 2,000 people, mostly students wearing their school uniforms, gathered in Nepal's capital on Thursday in a bid to set a world record for the largest tree hug.

Parliament members, office workers and even Buddhist monks also took part in the attempt, joining the students at a park on the outskirts of Katmandu. The participants said they were trying to set the record to celebrate World Environment Day by spreading awareness about the importance of trees.

"Our goal is to set a new world record and at the same time spread the message that trees are important for the environment and everyone," said Thaneswor Guragai, who coordinated the event.

Participants on Thursday held trees for two minutes as volunteers beat drums at the National Martyrs and Peace Park, on the northeast edge of Katmandu.

"We are gathered here in our attempt to save the forests and make people aware that trees and forests are important for human civilization," said Rajan K.C., who was among the 20 Parliament members hugging the trees and monitoring the event.

One of the participating students, ninth-grader Ganga Pandit, said she had planted samplings in the past but felt it was important to join the campaign to save existing trees.

The organizers of Thursday's event will send photos, video, a signed statement from the Parliament members who were there and the names of the participants to Guinness, which will decide whether to recognize the feat as a new record.

Guragai said it would take about two months to get a recognition certificate from Guinness.