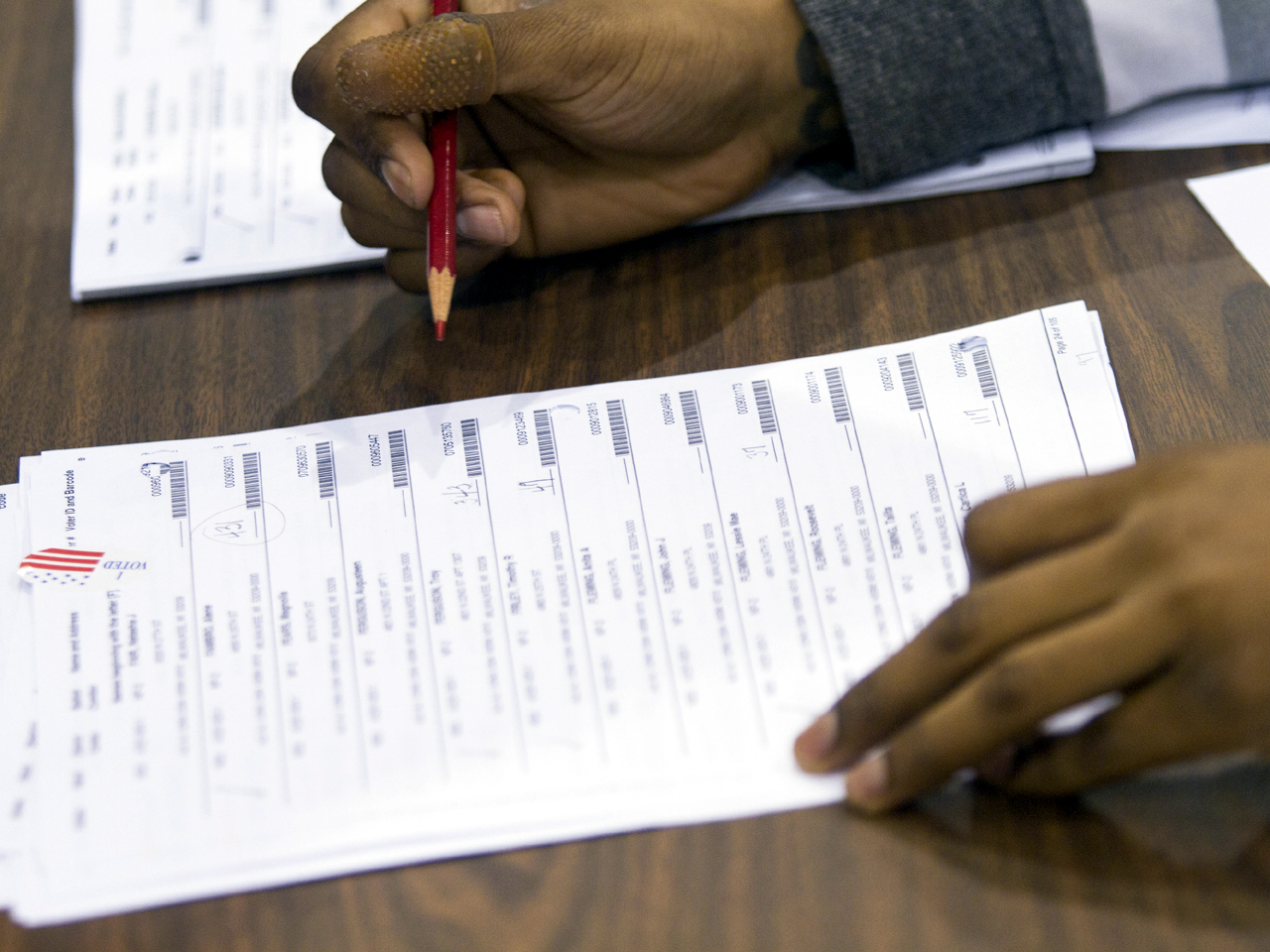 LOS ANGELES-- A survey has found that tens of thousands of voters, including Demi Moore and other celebrities, have mistakenly registered as members of a conservative minor political party in California in a mix-up over its name, a newspaper reported Sunday.

The Los Angeles Times said that a telephone survey of 500 members of the American Independent Party found nearly 3 of 4 people did not realize they had enrolled in a political party that opposes abortion rights and same sex marriage and calls for building a fence along the U.S. border.

The newspaper said voters were confused by the use of the word "independent" in the party's name. In California, voters who do not want to register with any party must check a box on a registration form for "no party preference."

"I just blew it," Deborah Silva, 64, of Point Arena in Mendocino County, told the Times. "There were a number of choices. I just checked the box that said 'independent.'"

Of people surveyed in the Times poll, fewer than 4 percent could correctly identify their own registration as a member of the American Independent Party.

Moore was among Hollywood celebrities with known Democratic leanings listed as members. She has contributed money to and campaigned for President Barack Obama. Her registration as an AIP member is wrong, a representative said.

"Demi Moore is not, nor has ever been, a member of the American Independent Party," the representative told the Times.

According to the Secretary of State's Office, the party has about 472,000 members, or 2.7 percent of the statewide total.

The Times reported that the mistaken registration could prevent people from casting votes in the June 7 presidential primary, which is considered California's most competitive in recent years. Voters affiliated with the American Independent Party will only be allowed to vote for candidates on the party's ballot, the Times reported. The Republicans will have a closed primary, while the Democrats will allow unaffiliated voters to participate.

The deadline to register or change voter registration status for the June 7 primary is May 23.

The American Independent Party's roots date to 1967 when George Wallace, a segregationist, launched his second run for the White House. Wallace, who had run as a Democrat in 1964, helped create the party and ran on its ticket. Today, that party exists only in California.

"We're not segregationist anymore," said Markham Robinson, who serves as chairman of the American Independent Party's executive committee. "What we are now is a conservative, constitutionalist party."

Some voters who mistakenly registered with the party said they found the state's official registration materials confusing.

The survey of members of the American Independent Party was conducted by telephone Feb. 9-11. The margin of error is plus or minus 4.4 percentage points.

Meanwhile, the New York Primary is just days away.

Hillary Clinton leads Bernie Sanders in New York, 53 percent to 43 percent, in a state widely considered crucial to both campaigns. The shape of this race hasn't changed much from recent primaries as Clinton still trails Sanders on measures like being seen as "authentic" and in understanding people, but has wide leads over Sanders on being specific about policies (61 percent say she is more specific) on effectiveness, and electability in November.

On the Republican side, Donald Trump heads into his home-state primary of New York with a large edge over Ted Cruz and John Kasich, 54 percent to 21 percent and 19 percent respectively. The lead, if it holds Tuesday night, would net him the bulk of the state's delegates and put him back on a path -- albeit a narrow one -- to the 1,237 needed for nomination.