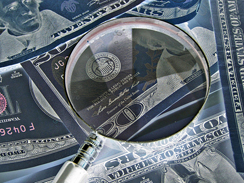 It's important for all investors to fully understand the risks of any investment they hold. In the case of these ETNs, you likely would have had to sift through the 200-plus page prospectuses to see the costs or amount of leverage used in these vehicles.

It's hard to even understand what role a leveraged, inverse ETN could play in a portfolio. In addition to the risks of these investments, investors were taking the credit risk of the issuer with no additional compensation. There's no credit-risk premium built into the return. In other words, investors in these notes were providing Barclays with a much cheaper source of capital, as well as paying them the large fees embedded in the ETNs, than the market would have otherwise charged them.

Lending money to a firm at well below the market's required return isn't something a prudent investor would do. One of my 30 rules of prudent investing is to never invest in something when you don't have a full understanding of the costs and risks.