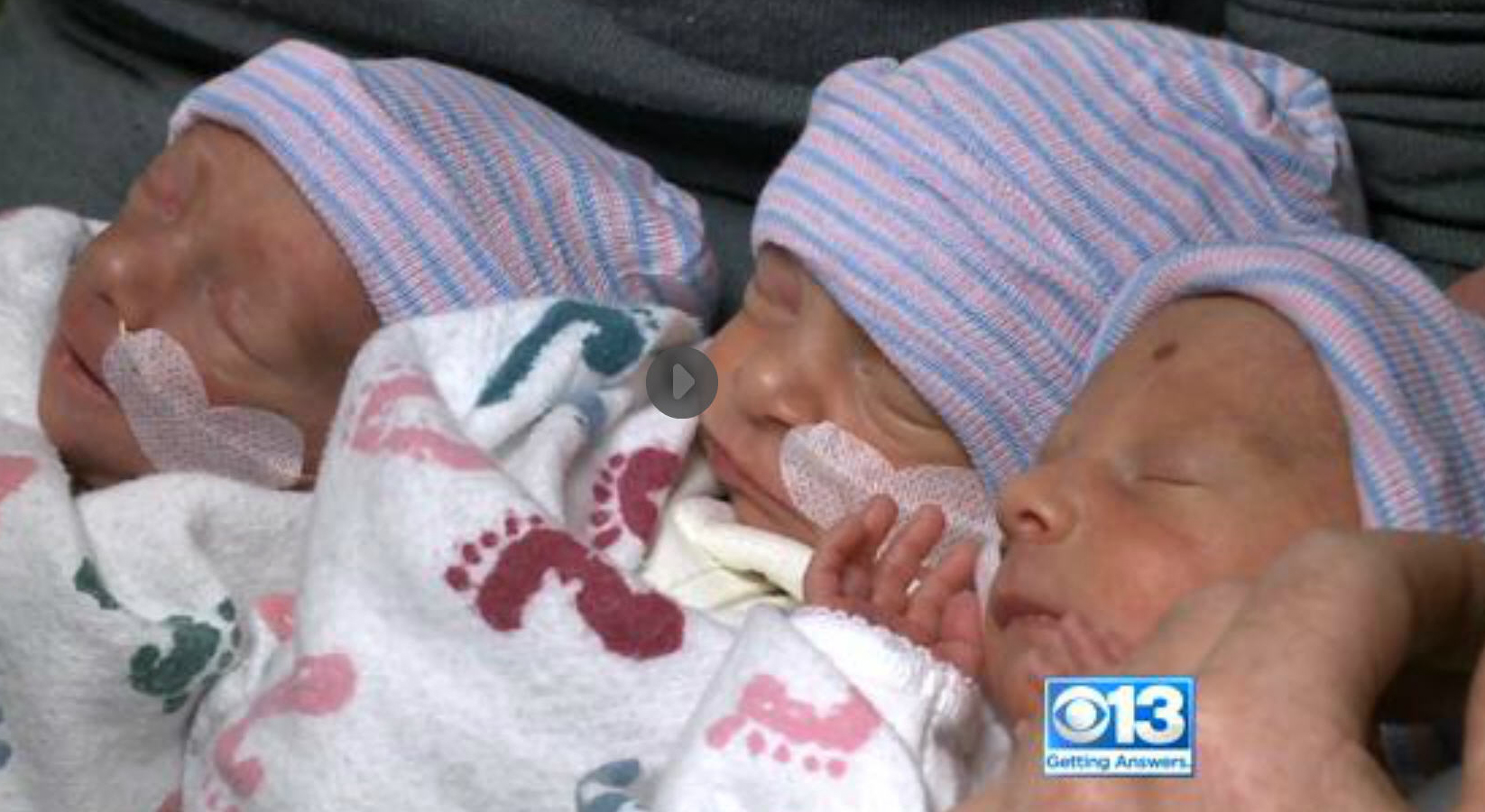 SACRAMENTO, Calif.  — A couple defied the odds as they welcomed identical triplets without the help of fertility treatments, CBS Sacramento reports.

Hannah and Tom Hepner are already looking for ways to tell their 10-day-old triplets — Abby, Laurel, and Brin — apart.

Multiple births don’t run in either of their families, and the couple wasn’t using fertility drugs when they conceived.

"When we first found out, we just sort of laughed in that nervous way," Hannah Hepner said. "It's overwhelming to think of everything that's to come."

Dr. William Gilbert at Sutter Memorial Hospital says this sort of birth is rare — so rare that he couldn't give definite odds on it happening without fertility treatments.

He estimates it's somewhere between one-in-a-million and one-in-200-million odds.

With multiple births, there can be complications. Since Hannah lives in Quincy, she was brought to Sacramento to keep an eye on the last days of her pregnancy.

Gilbert says the triplets are doing better than expected and should be able to go home in just a few weeks.

Everything times three. And for now, the couple says there aren't any other babies planned anytime soon.

"This is more than we bargained for," Hannah Hepner said. "I think we're good."