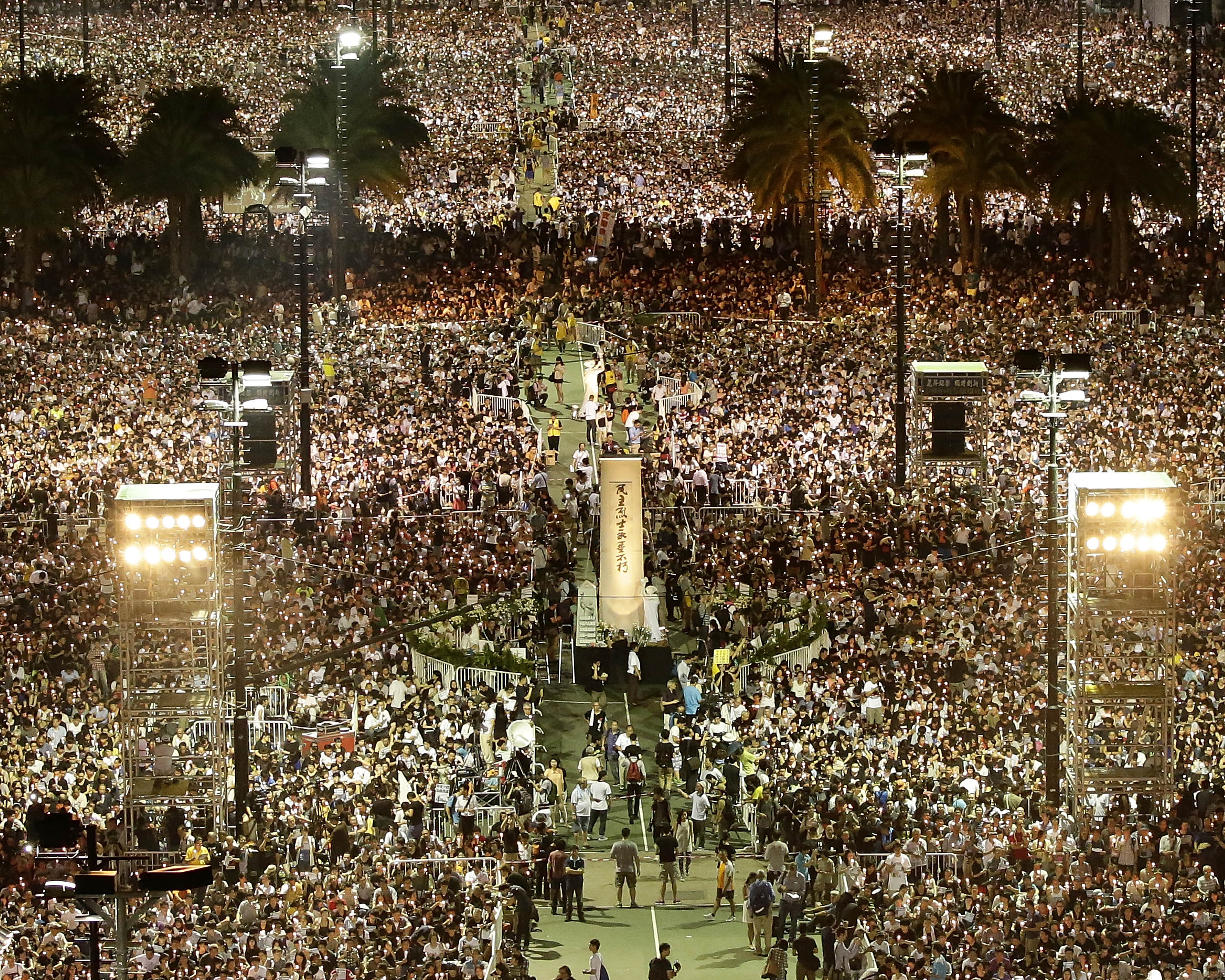 HONG KONG -- Tens of thousands of people in Hong Kong joined a candlelight vigil in a downtown park Wednesday to commemorate the 25th anniversary of China's bloody military suppression of protests on Beijing's Tiananmen Square.

Participants held candles to remember the victims at the vigil, which turned Victoria Park's six soccer fields into an ocean of flickering light.

More than 180,000 people joined the gathering, according to organizers, while police put the crowd size at about 99,500. It was likely one of the largest turnouts for the annual event in recent years.

Democracy activists laid a wreath at a makeshift memorial as they read out the names of those who were killed in the military suppression on June 3-4, 1989, in the heart of Beijing. The crackdown killed hundreds, possibly thousands, of unarmed protesters and onlookers.

Many participants at Wednesday's rally wore white headbands on which were written "June 4 25 years" and followed chants urging China's Communist Party to overturn its verdict on the protest movement. Beijing has said the protests aimed to topple the ruling party and plunge China into chaos.

The protests remain a taboo topic in mainland China, and Beijing has never given a full accounting of what happened during the crackdown or its human toll. But in Hong Kong, which retains Western-style civil liberties unseen on the mainland, the memory of the Tiananmen protests reinforces the widening differences with China 17 years after the territory ceased to be a British colony.

"When the whole of China is being silenced, I think the people of Hong Kong, now, with the freedom that we have, have the responsibility to light up the candle for them," said Lee Cheuk-yan, a pro-democracy legislator and one of the organizers.

A quarter century after Tiananmen Square, China's leaders still won't let anyone talk about it.

When CBS News tried to interview activist You Weijie, the widow of a man who was shot and killed near Tiananmen Square in 1989, a woman who would not identify herself called the police.

You said she was being watched by police and could not leave her house, so CBS News went to her. No one came to the door, but five policemen showed up outside.