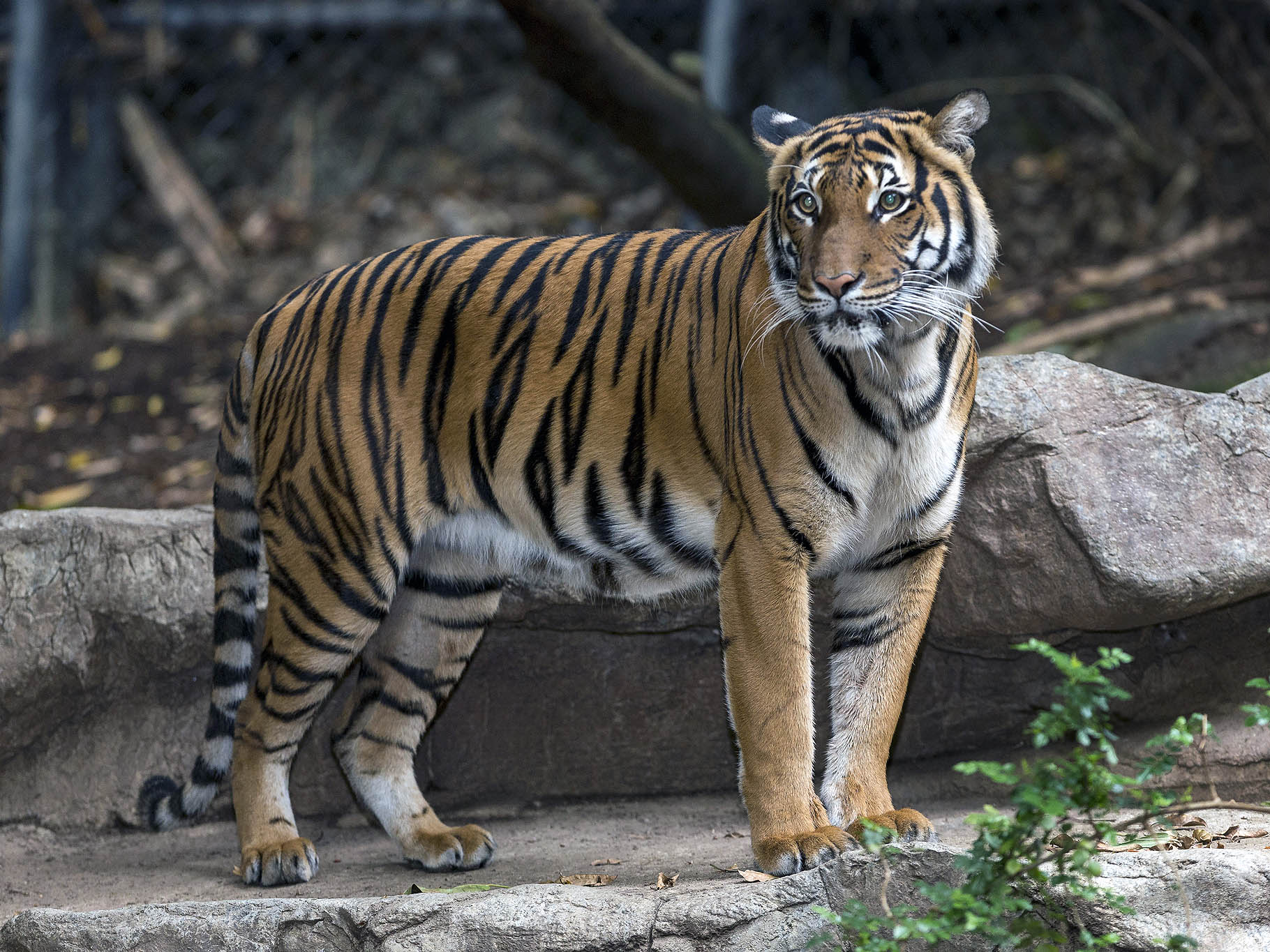 SAN DIEGO  - The San Diego Zoo said Monday that a female Malayan tiger was fatally mauled by her intended mate during an attempt to breed.

The female tiger, named Tiga Tahun, died Saturday of neck injuries and breathing difficulties, the zoo said.  It was the first breeding encounter for either animal, the only Malayan tigers at the facility. No visitors saw the attack.

"(The encounter) began with positive interaction between the two big cats. Unfortunately this changed quickly and zookeepers were unable to separate the two animals," the zoo said in a statement.

The tigers had rotated between being on exhibit and in their bedrooms, making them familiar with the other's scent, zoo spokeswoman Jenny Mehlow said. They had seen each other often and even touched noses, separated by a barrier.

Their interactions led zookeepers to believe the timing was right.

"Everything was spot on," Mehlow said.

There are about 60 Malayan tigers in captivity in North American zoos, said Dan Cassidy, general curator of Omaha's Henry Doorly Zoo & Aquarium in Nebraska, which owned the female tiger. Fewer than 500 are believed to be living in the wild worldwide.

Fatal attacks are rare, but behavior can be unpredictable during breeding, Cassidy said. Zoos typically prepare by having tigers touch noses or paws before allowing them to interact without barriers.

Tiga Tahun was born in 2009 at the Bronx Zoo, where her mother was transferred from Omaha.

"That cat had never been in Omaha, so it wasn't like we had a personal connection, but everyone is saddened by the loss," Cassidy said.

In November, a 5-year-old female lion was fatally bitten on the neck by a male lion at the Dallas Zoo in full view of visitors and families watching the exhibit.