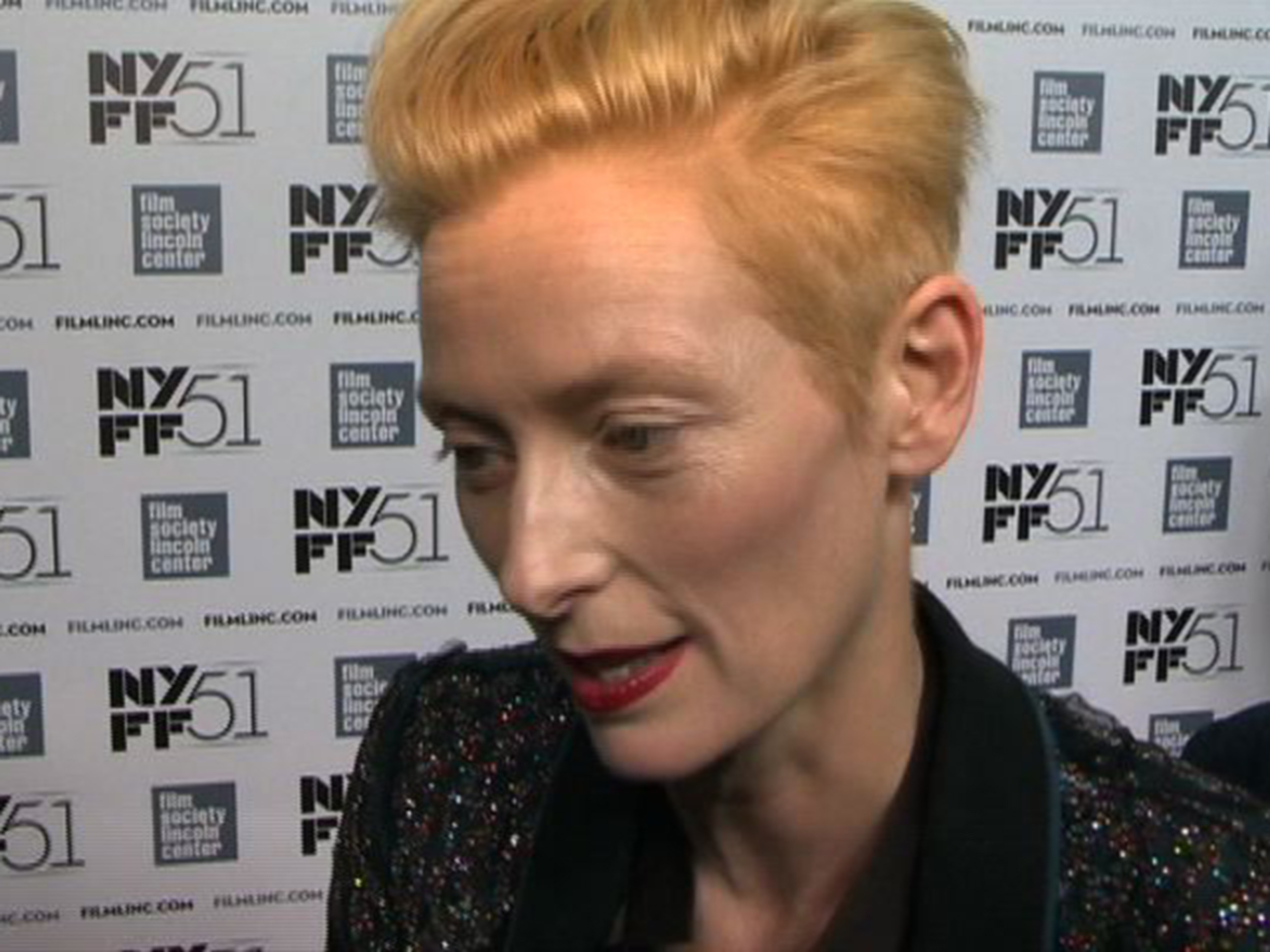 Academy Award-winner Tilda Swinton is getting on board with the vampire craze in her new romantic drama, "Only Lovers Left Alive."

The film also stars "Boardwalk Empire" cast member Jeffrey Wright, marking his second collaboration with both Swinton and Jim Jarmusch. The trio had previously worked together on "Broken Flowers." The "Moonrise Kingdom" actress and Jarmusch also collaborated on 2009's "The Limits of Control."

In "Only Lovers Left Alive," Swinton plays Eve, a centuries-old vampire who has a long-distance relationship with fellow bloodsucker Adam (Tom Hiddleston). Despite their physical and emotional separation, Adam and Eve are able to eventually reconnect.

Cast and crew attended the New York Film Festival premiere Thursday night, where Swinton spoke to CBSNews.com about how "Only Lovers Left Alive" compares with another vampire romance film.

"I've never seen 'Twilight,' I'm afraid. And I should," she said. "What I can say is we will make possibly not quite as much money as they did...And they're a little younger, as I understand. We're the old crew. My vampire has been alive for 3,000 years. So, we're kind of the mature version."

Watch video above to see Swinton, Jarmusch and Wright on the red carpet speaking more about "Only Lovers Left Alive."