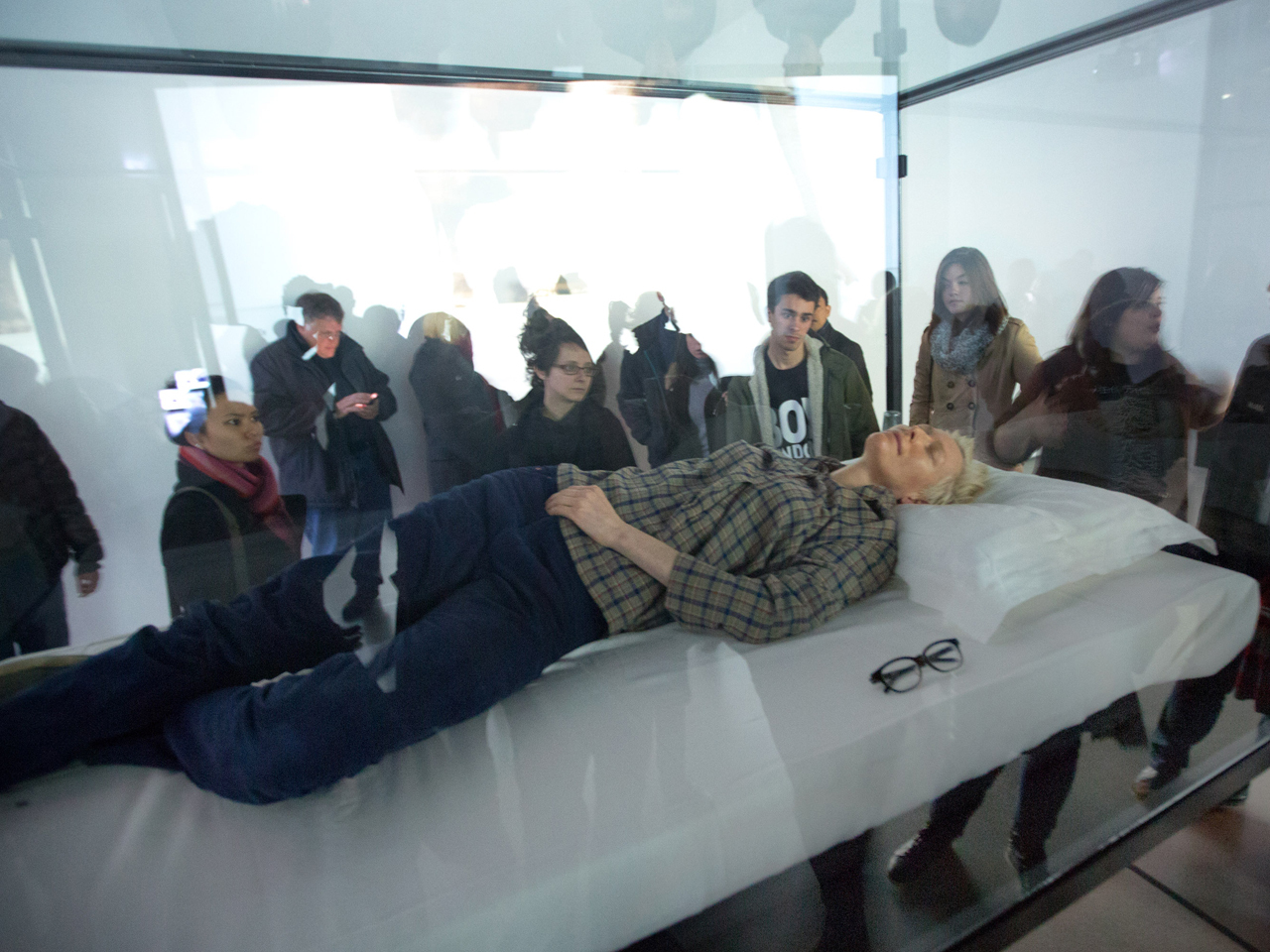 A museum spokeswoman says the "Moonrise Kingdom" star presented her one-person piece called "The Maybe" on Saturday. She returned for another unannounced appearance on Monday.

In "The Maybe," Swinton lies sleeping in a glass box for the day. The exhibit will move locations within the museum every time Swinton performs.

Swinton was photographed in the box dressed in jeans and a button-down shirt while observers peered into the box over the weekend.

There is no published schedule for the piece, which will occur about a half dozen more times through the end of the year.

Swinton first performed the piece at the Serpentine Gallery in London in 1995. In 1996, she performed it in the Museo Barracco in Rome.

She won an Oscar in 2008 for best supporting actress for her role in "Michael Clayton."