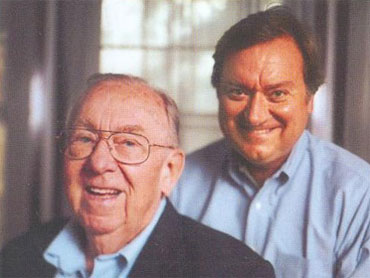 The father of the late "Meet the Press" moderator Tim Russert has died in Buffalo, NY. He was 85.

The elder Russert, known as "Big Russ," grew up in South Buffalo and drove a city sanitation truck and a Buffalo News delivery truck to support his family.

The younger Russert, who died of a heart attack at 58 in June 2008, paid tribute to his father's blue-collar values in the 2004 best-selling book, "Big Russ & Me." The book was a series of lessons the journalist said he learned from his father, who was a World War II veteran.

Details of funeral plans were not immediately available Friday morning.