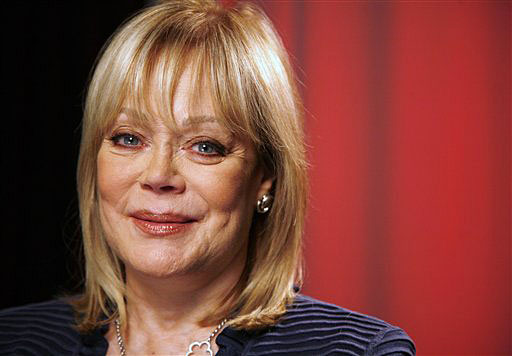 There are tools to track guns used in crimes that we're not using. In his latest Against the Grain commentary, CBSNews.com's Dick Meyer says that's inexcusable.

A new, but always futile debate over gun control follows high profile gun crimes as inevitably as the funerals. The chilling sniper attacks around Washington are no exception.

Gun control advocates, and I am one, are busy pointing out how these serial-sniper killings tragically reveal the need to give police much better gun-tracking tools. Specifically, there is a renewed call to resuscitate proposals for a national databank for "ballistic fingerprints," the unique markings every firearm makes on bullets and shell-casings.

They go on to point out a supposed irony. Maryland, where six of the eight shootings have occurred, is one of only two states with a forensic gun-tracking law requiring gun makers to provide records of the "ballistic fingerprints" of the guns they manufacture, though it applies only to handguns, not rifles, not "tactical" sniper rifles. New York is the other state.

There's nothing complicated about constructing a national "ballistic fingerprint" bank. Every new gun would be test-fired and its unique fingerprint would be indexed into a computer databank. If the gun were used in a crime, any recovered bullet could be quickly linked to the gun, perhaps to the gun owner or at least to a trail of possession.

A watered down version exists already, the National Integrated Ballistics Information Network (NIBIN). But the Bureau of Alcohol, Tobacco and Firearms that runs the program can only include guns recovered from crime scenes, not new guns. Still, it has proven useful to police.

The critics say that crooks don't buy guns from legitimate sellers. They steal them or buy stolen ones. And a gun-print bank would only register a fraction 200 million guns floating around the country. Finally, criminals could alter a gun's fingerprint easily.

All true. But combined with the current NABIN system, police would have another weapon in their arsenal. Explain to me why that's a bad thing.

In Maryland, the gun lobby complained that handgun sales went down when the "ballistic fingerprint" law went into effect. Again, please explain to me why that's a bad thing.

The serial-sniper spree also forces us to take note of a more perverse phenomenon, a "sniper subculture within the gun community," to use the description of the Violence Policy Center, a gun control advocacy organization.

The gun industry, according to Violence Policy Center reports, has vastly increased the marketing of military-style sniper or "tactical" rifles to civilian markets in recent years, because the rest of the gun market became saturated.

My colleague, Jim Stewart, has been reporting for several years on the growing number of sniper "schools" in this country. While most are only open to train law enforcement professionals, civilians can pay up to attend some of them.

Gun and Soldier of Fortune-type magazines routinely run reverential stories of the famous snipers. The movie "Enemy at the Gate" last year was all about a duel between a Russian and a Nazi sniper in the Battle of Stalingrad (and it happened to be a good movie, based on an excellent book, "The War of the Rats).

And though I won't tell you how to find them, the Web is full of sniper sites and some of them are pretty sick.

Obviously, no one knows anything about the serial-sniper stalking the Washington area yet. We don't know where he got his gun, what kind it is, what Web sites he might visit or what movies he might watch.

But he's already written a new chapter in the history of gun crimes in America, a book we've allowed to grow too thick.

And the debate about gun laws this will renew, including this little editorial, won't even be a footnote to the chapter.

E-mail questions, comments, complaints and ideas to
Against the Grain.