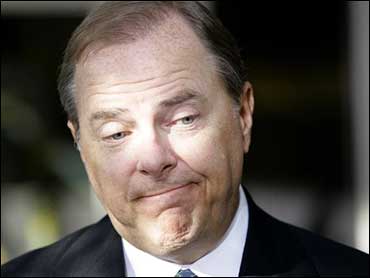 It was a brief respite for Jeffrey Skilling.

One day after a federal appellate court ruled that the former Enron chief executive could remain free until it decided on his request for bail pending appeal of his sentence for conspiracy, fraud and insider trading, the judge in the cased rejected the request.

Judge Patrick Higginbotham of the 5th U.S. Circuit Court of Appeals wrote in his two-page order Tuesday that "Skilling raises no substantial question that is likely to result in the reversal of his convictions on all of the charged counts."

As a result, Higginbotham denied Skilling's request for bail pending his appeal and vacated an earlier order staying his prison report date.

Skilling is now required to report to a low-security federal prison in Waseca, Minn., to begin serving his 24-year sentence on 19 counts of conspiracy, fraud and insider trading.

Marianne Matus, spokeswoman for the U.S. Marshal Service in Houston, said Skilling is expected to surrender on Wednesday in Minnesota. Since he is out on bond, he can report to the prison on his own, she said.

While the order is not specific about the "serious frailties" noted in Skilling's convictions, Higginbotham wrote of "difficulties brought by a decision of this court (the 5th Circuit) handed down after the jury's verdict" and of "less formidable questions regarding the giving of a jury instruction on deliberate ignorance."

"This doesn't mean Skilling won't or can't win his appeal," says CBS News legal analyst Andrew Cohen. "But it does mean that he is going to be in prison for around a year or so while that appeal is pending. And of course the great majority of appeals are not successful even when they are brought by the high-priced attorneys Skilling has employed. It doesn't look good for him."

Skilling, 53, is expected to argue on appeal that his trial should have been moved from Houston to avoid negative publicity and that many witnesses who could have supported his defense were intimidated by the government's refusal to grant them immunity and feared risking prosecution if they testified.

The former CEO was convicted in May after a lengthy trial that ended with U.S. District Judge Sim Lake sentencing him to 24 years and four months in prison, the harshest punishment given to any of the disgraced former Enron executives.

Enron founder Kenneth Lay also was convicted of conspiracy, fraud and insider trading charges, but those convictions were vacated after Lay died of heart disease on July 5.

As a result, Skilling is the highest-ranking Enron executive to be punished for the accounting tricks and shady business deals that led to the loss of thousands of jobs, more than $60 billion in stock and more than $2 billion in employee pension plans after the company sought bankruptcy protection in 2001.