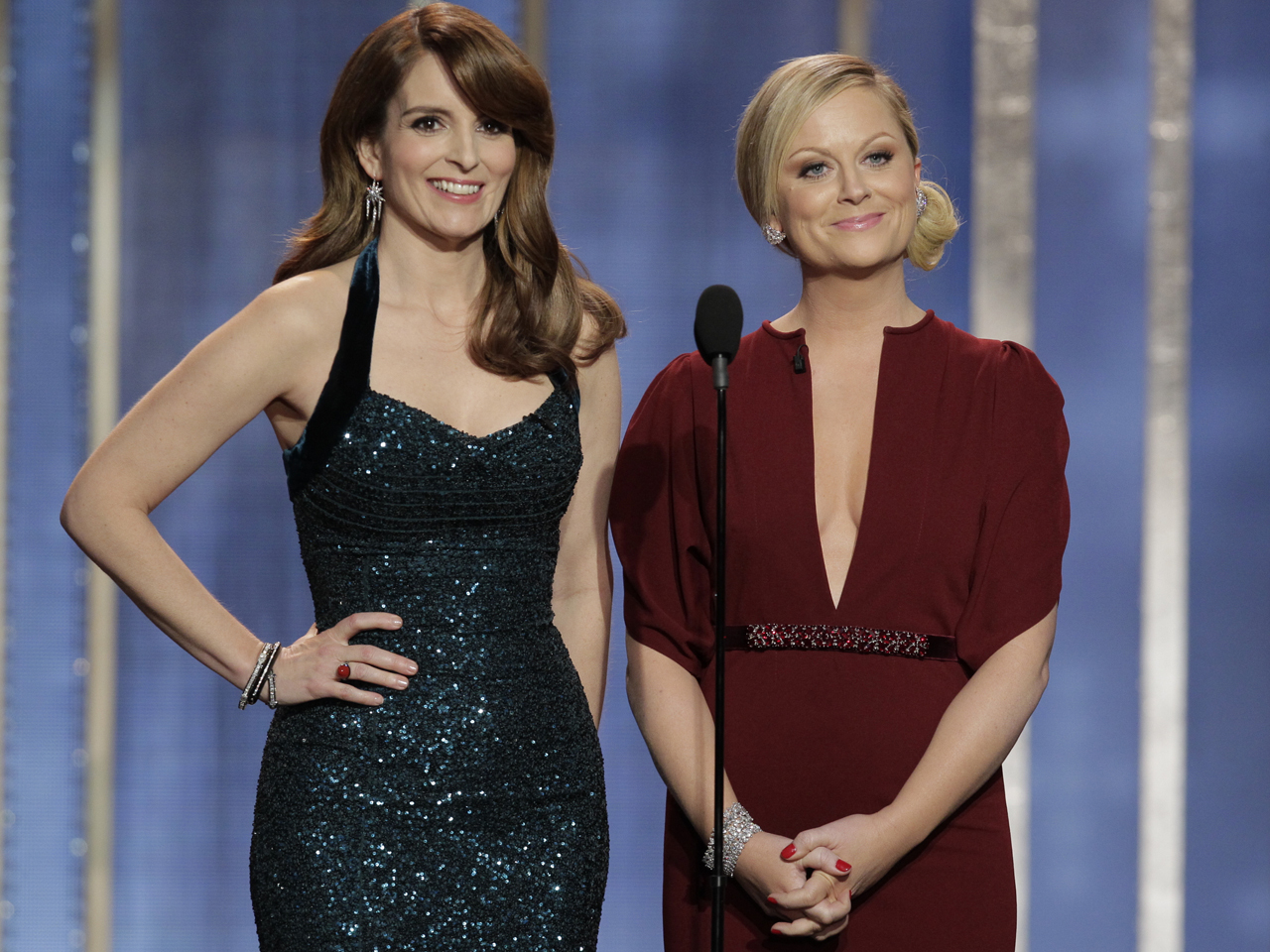 Tina Fey and Amy Poehler are teaming up to host the Golden Globes again -- two more times, to be exact.

"It's wonderful news," Hollywood Foreign Press Association president Theo Kingma said Tuesday. "They have always been our first choice as hosts and we're delighted they are back for the next two years."

Fey and Poehler earned raves when they hosted the Globes telecast earlier this year, along with 19.7 million total viewers tuning in, up 17 percent from the previous year (when Ricky Gervais hosted) and one of the most watched Globes ever, according to Deadline.

"Tina and Amy are two of the most talented comedic writer/performers in our business and they were a major reason the Golden Globes was the most entertaining awards show of last season," said NBC's alternative programming president Paul Telegdy. "We're elated they wanted to host together again and that they committed for the next two years."

Fey and Poehler briefly revived their awards show double-act last month when they heckled Neil Patrick Harris as he opened the Emmy Awards. On the red carpet at that ceremony, Fey said she and Poehler were going to discuss reprising their hosting gig.

Poheler currently stars on NBC's "Parks and Recreation" and is working on a book due out in 2014. Fey's "30 Rock" ended its run on the network earlier this year, and she is currently developing new TV projects as part of a four-year deal with NBCUniversal.

Tell us: Are you glad Fey and Poehler are hosting the Golden Globes again?