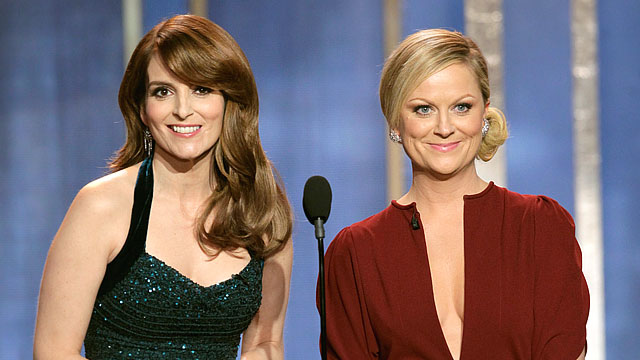 On Tuesday, a quote from Taylor Swift's Vanity Fair interview garnered a fair bit of attention as the singer slammed Tina Fey and Amy Poehler for the light diss they lobbed her way during the Golden Globes.

After the interviewer brought up the joke (where Fey warned Swift to "stay away from Michael J. Fox's son"), the singer recited a quote Katie Couric told her: "There's a special place in hell for women who don't help other women."

"If anyone was going to get mad at us, I thought it would be James Cameron," she told ET exclusively at the premiere of her new movie, "Admission," on Tuesday. "I did not see that one coming. It was a joke, it was a lighthearted joke."