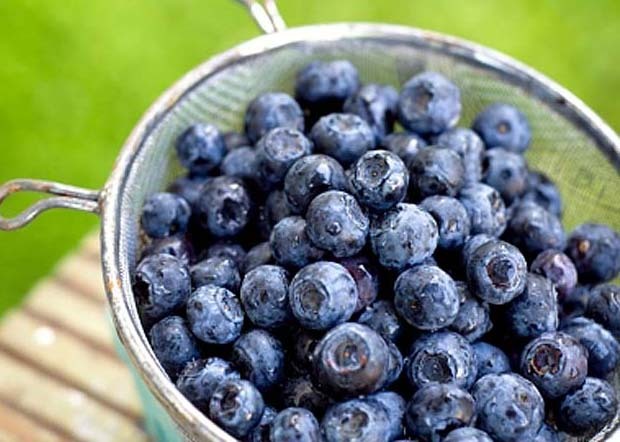 Eating blueberries, grapes and apples seems to lower your risk of diabetes but drinking fruit juice increases it, according to a new study led by researchers at the Harvard School of Public Health.

The study, published in the British Medical Journal, was the first to look at the effects of individual whole fruits on the risk of type 2 diabetes, according to the researchers.

"While fruits are recommended as a measure for diabetes prevention, previous studies have found mixed results for total fruit consumption," said the study's senior author, Qi Sun, an assistant professor in the school's Department of Nutrition and at Brigham and Women's Hospital in Boston. "Our findings provide novel evidence suggesting that certain fruits may be especially beneficial for lowering diabetes risk."

The study is one more example of how a diet rich in fruit can improve your health. Earlier this month, researchers reported that fruits could protect against a type of deadly aneurysm that develops in the abdomen.

About 25.8 million people living in the United States had a form of diabetes as of 2011, most of them type 2 diabetes, according to the American Diabetes Association. An additional 79 million Americans had pre-diabetes, but many did not know they were at risk.

In type 2 diabetes, the body either does not produce enough insulin to break down sugar and starch or the insulin that is present is ignored by cells. Over time, high glucose levels can damage the eyes, kidneys, nerves and heart.

In the most recent study, researchers from the United States, Britain and Singapore examined data collected from about 187,000 participants in three long-running studies in the United States to determine which fruits were associated with a risk of diabetes. Nurses and other health professionals were questioned about their diet, health and other topics over 25 years. Among them, about 12,000 developed diabetes.

The researchers found that people who ate at least two servings of certain whole fruits each week -- in particular blueberries, grapes and apples -- reduced their risk of developing type 2 diabetes by as much as 23 percent compared to those who ate less than one serving a month.

But people who drank one or more servings of fruit juice each day increased their risk of diabetes by as much as 21 percent. Swapping three glasses of fruit juice for whole fruit each week reduced a person's diabetes risk by 7 percent.

"Our data further endorse current recommendations on increasing whole fruits, but not fruit juice, as a measure for diabetes prevention," said Isao Muraki, the study's lead author and a research fellow in the Department of Nutrition at the Harvard School of Public Health. "And our novel findings may help refine this recommendation to facilitate diabetes prevention."

The researchers looked at the consumption of fruit overall as well as specific fruits: grapes or raisins, peaches, plums or apricots, prunes, bananas, cantaloupe, apples or pears, oranges, grapefruit, strawberries and blueberries. The juices they examined included apple, orange and grapefruit.

The link between fruit juice and an increased diabetes risk might be explained by juice's high glycemic index, a measure of how rapidly carbohydrates in food boost blood sugar, the researchers said in a release. Juice passes through the digestive system faster than fiber-rich fruits, and boosts blood sugar levels quickly.

The researcher theorized that particular components in fruits could account for their beneficial effect. They noted for example that previous studies had linked anthocyanins found in berries and grapes to a lowered risk of a heart attack, but said more research was needed to determine which components influenced diabetes.