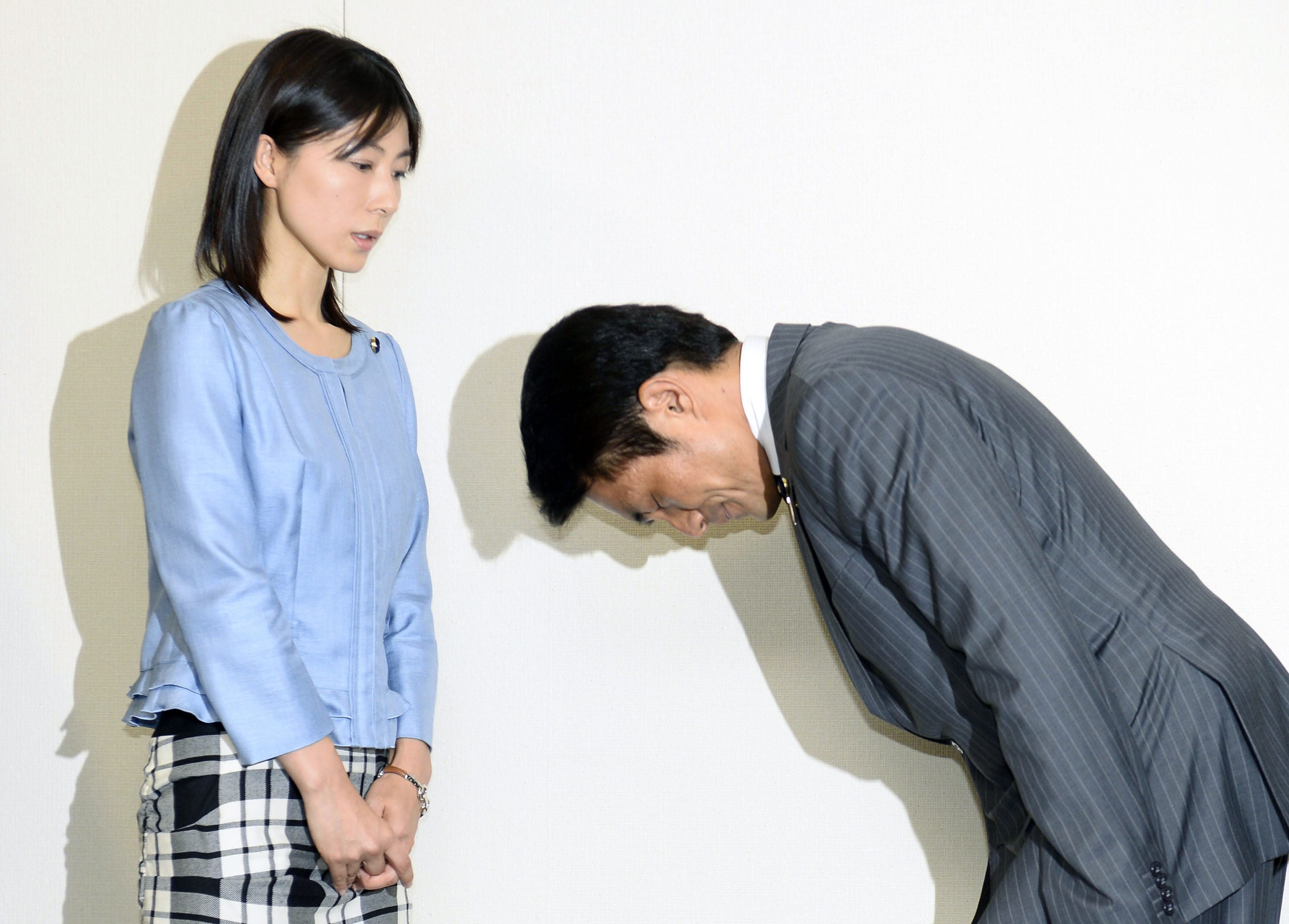 TOKYO -- A Tokyo city assemblyman apologized Monday for shouting out a sexist remark at a female counterpart last week - but denied he meant to insult her.

Akihiro Suzuki, 51, reversed his earlier denial and came forward five days after officials scrambled to identify the voices heard during Ayaka Shiomura's presentation on issues such as infertility, maternal support and delaying marriage during an assembly session Wednesday.

A voice from the floor said "You are the one who should get married first," followed by laughter and more heckling, including "She must be single" and "Can't you even have babies?"

Suzuki apologized over the first remark, but denied making the others. He said he never meant to insult her but wishes she could marry soon.

"I really hoped she could marry soon, bearing in mind this ongoing trend where women are delaying marriage and having fewer children," he said. "But there are people who cannot do so even if they want to, and I realize what I said lacked consideration."

Suzuki said he personally apologized to Shiomura, a 35-year-old former TV personality, and her colleagues of opposition Your Party before the news conference. He left the ruling Liberal Democratic Party to take responsibility for causing the embarrassment to his fellow members, but vowed to keep his seat in the Tokyo assembly.

Japan still has a large gender gap in the workplace, raising concerns that the country's fertility rate would continue to drop amid lack of public support for women and working mothers.

Although women make up 40 percent of Japan's workers, they face discrimination in hiring, promotion and pay. On average, a Japanese woman makes 70 percent of a man's wage for equal work, government data show. Women make up just over 10 percent in parliament or in private-sector managerial positions.

The case underscores the level of awareness of the issue at the assembly in Japan's capital city. It could embarrass Prime Minister Shinzo Abe's efforts on women's advancement and Tokyo's image as host of the 2020 Olympics.

Shiomura said Suzuki's apology was a step forward, but she still wanted other hecklers to come forward and apologize.

"I'm relieved by the acknowledgement at last, but I wish he had come forward sooner," Shiomura told reporters. "But I know Mr. Suzuki wasn't the only one. It's wrong to just find one culprit and call it an end."

The sexist hecklings surfaced after Shiomura mentioned the incident on Twitter and Facebook. She told reporters she felt "as if her personality had been denied."

That quickly triggered a public reaction, with TV programs repeatedly debating the incident and citizens starting a petition calling for the hecklers to be punished. Her party members also requested voice analysis to identify the hecklers.

In her presentation last week, Shiomura brought up the struggles of Japanese women in dealing with pregnancy and child rearing amid lack of public support, as well as addressing the issue of infertility of both sexes. In recorded footage of the session, Shiomura briefly looked toward the direction where the voices came from, weakly smiled and sighed.

Amid a burst of male laughter and more comments shouted out, she continued her talk until the end, but her voice trembled as she apparently tried to hold back tears. As she returned to her seat, Shiomura wiped her eyes with a handkerchief, but the proceedings continued.

"We see a sign saying 'utilization of women,' but somehow we're not convinced. After all, women are still looked down upon as second-class citizens and it is an undeniable fact that such a mentality still persists in our society," The Nikkei business daily said in a weekend column. "If it merely slipped out of an assemblyman's mouth, there are a lot to be done other than finding a culprit."