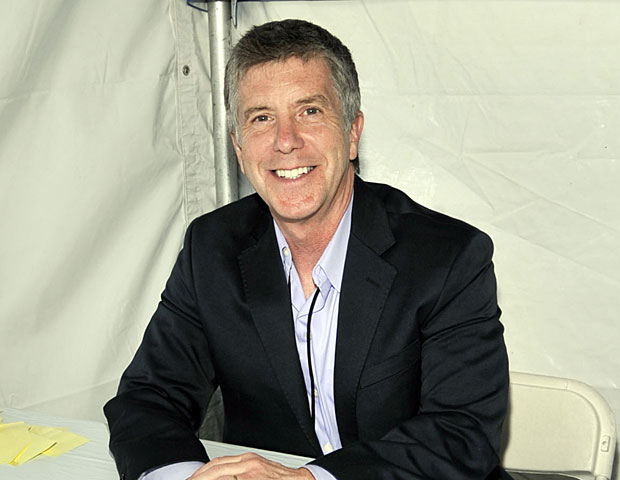 NEW YORK (CBS) "Dancing with the Stars" host Tom Bergeron made a cameo on Comedy Central's "Tosh.0" Tuesday night paying a compliment to his wife.

According to The Hollywood Reporter, Bergeron, who also hosts "America's Funniest Home Videos," appeared in the spoof, taped in December, with Tosh and Judson Laipply of the "Evolution of Dance" video fame,

One of the judges, who are random Internet commenters, told the TV host his wife was hot , to which Bergeron replied, "Yeah, she is actually."

Bergeron and his wife, Lois, who were married in 1982, have two daughters. The wise-cracking TV host reportedly tweeted before the taping that his kids were more impressed with this show than they are with the shows that "pay their tuition."