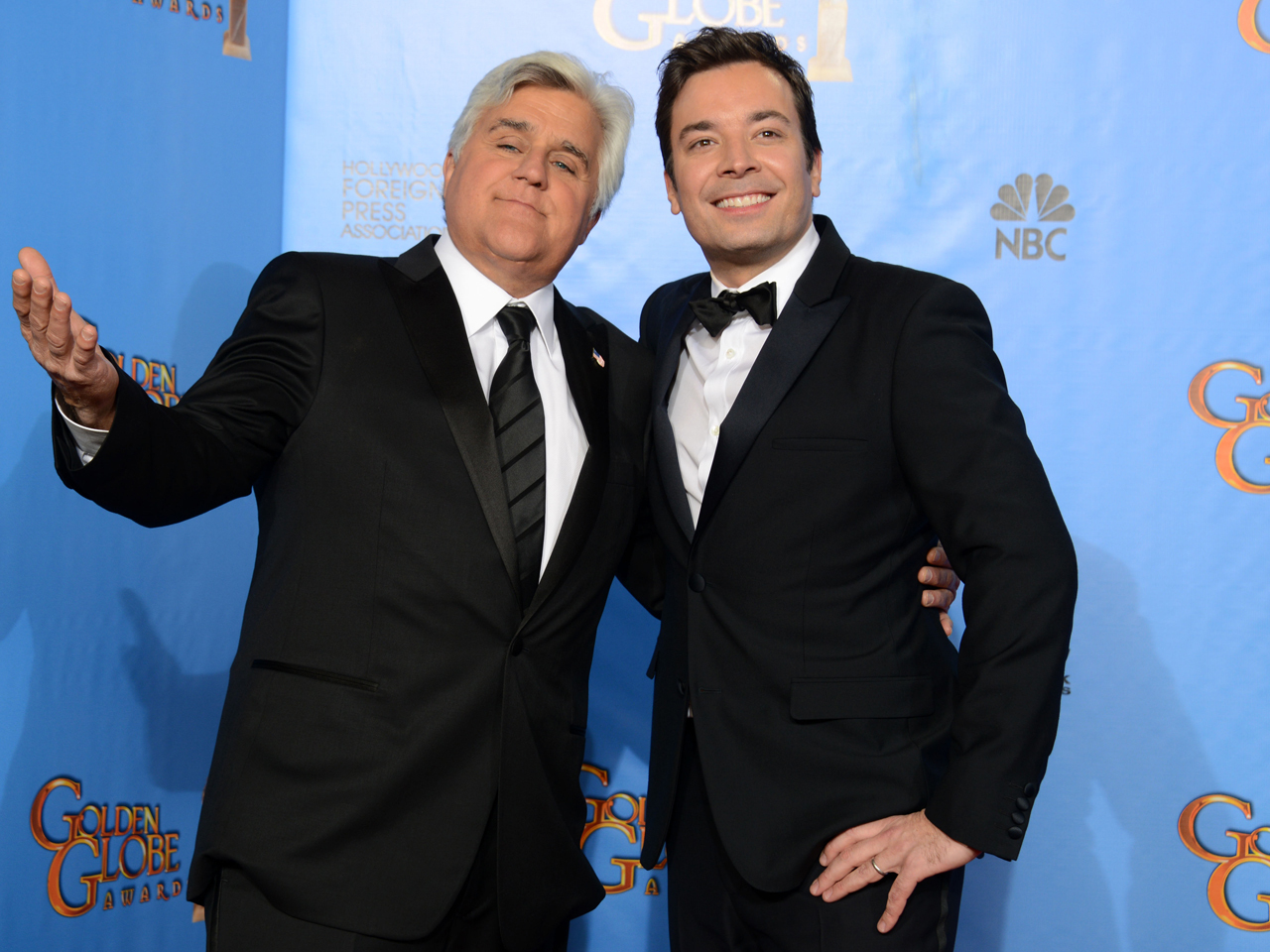 As Jay Leno makes jokes about ratings-challenged NBC in his "Tonight" monologues, speculation is swirling the network is taking steps to replace the host with Jimmy Fallon next year and move the talk show from California to New York. "The Tonight Show" was born in New York in 1954, with host Steve Allen.

NBC confirmed Wednesday it's creating a new studio for Fallon in New York, where he hosts "Late Night." But the network did not comment on a report that the studio may become home to a transplanted, Fallon-hosted "Tonight."

The New York Times reported the plan Wednesday, citing unidentified network executives. The Hollywood Reporter had a March 1 report about a Fallon-Leno switch, which the network denied.

Looming over NBC is its messy, failed effort to replace Leno with Conan O'Brien, which ended in 2010 with Leno regaining "Tonight" and NBC losing O'Brien -- who got a $45 million exit deal -- to TBS.

That occurred under a different regime, before NBCUniversal was taken over by Comcast Corp., which has a reputation for discipline. While NBC dithered and backtracked on its "Tonight" succession plan involving O'Brien, Comcast is likely to be more decisive.

The 38-year-old Fallon contacted Leno in an effort to help smooth the potential switch, according to a Hollywood Reporter story Wednesday.

The 62-year-old Leno, who took over "Tonight" from Johnny Carson in 1992, did not respond Wednesday to a request for comment. But he might be taking advantage of other ways to communicate -- the "Tonight" stage and its audience of millions.

Although late-night hosts are known for making fun of their network bosses on-air, the timing of Leno's latest jabs at NBC seemed to make the network particularly uncomfortable. They reportedly asked him to stop; he hasn't.

"You know the whole legend of St. Patrick, right? St. Patrick drove all the snakes out of Ireland -- and then they came to the United States and became NBC executives," Leno joked on Monday's show.

In the April issue of GQ magazine, "Late Night" producer Lorne Michaels ("Saturday Night Live") said a transition to Fallon had "an inevitability to it," adding that he was the closest to Carson that I've seen of this generation."

Tell us: Would you like to see Fallon as host of "The Tonight Show"?