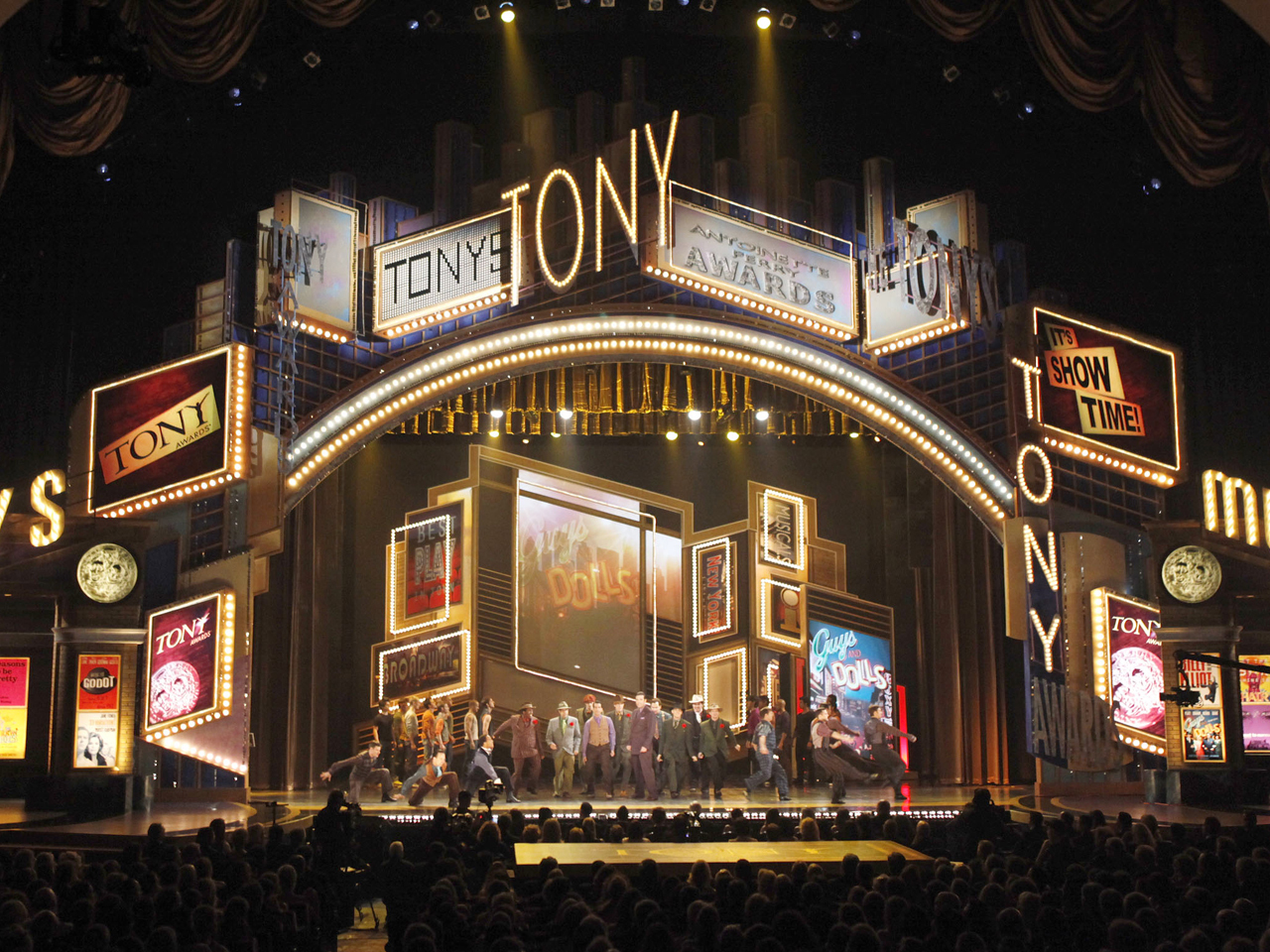 The Tony Awards are going back to the place where the Rockettes high-kick it.

The Broadway League and the American Theatre Wing, joint producers of the show that honors the best of Broadway, said Monday that the glittery event will be broadcast live by CBS from Radio City Music Hall on June 9. Nominations will be announced April 30.

Producers of the show were forced to find a new home for the 2011 event after Cirque du Soleil moved into the 6,000-seat Rockefeller Center arena with its $50 million acrobatic rock opera "Zarkana." The Tonys had been hosted at Radio City from 1997-2010.

For the past two years, the Tonys were handed out at the Beacon Theater on Manhattan's Upper West Side. The venue was much smaller, having only about 2,870 seats, leading to ticket-rationing and a struggle to seat the often large amount of show producers.

The decision to return to Radio City, where the Grammy Awards, MTV Video Music Awards and the ESPY Awards have previously been hosted, was made easier when "Zarkana" left this past summer.

The Tonys, which consistently win Emmys for their presentation, began being televised in 1967 and a different Broadway theater rotated as host each year. Producers often just added a glittery drop and brought in a few props.

That all changed when Radio City became the home for the telecast, giving producers access to a massive arena that had a stage bigger than any Broadway house and space to grow into an annual spectacle.

Last year's telecast at the intimate Beacon, hosted by Neil Patrick Harris and which saw "Once" crowned as best musical and "Clybourne Park" as best play, was seen by 6 million viewers, down significantly from 2011's 6.9 million. It was also the second-lowest ratings for the Tony Awards since 1988, though it was up against the season finale of AMC's "Mad Men."