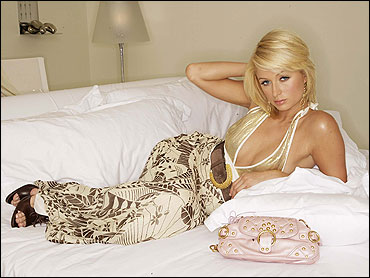 Family Circle magazine's editor in chief, Linda Fears, said many children today are dressing far too provocatively for their age.

The problem, she says, is that many kids think they have to be sexy to be popular. Fears also said it's not healthy for children to emulate stars before they figure out who they are as individuals.

"It's scary," she told The Early Show co-anchor Hannah Storm. "Kids have always wanted to dress and look older. But i am not talking about 14-year-olds. We are talking about 9-year-olds and 10-year-olds, wanting to look a lot older. It's not okay. It's really about all the images from advertising to TV and movie and music videos. It's sexy all around them."

Even boys can push the envelope of what is appropriate. Fears said her son wears T-shirts with raunchy messages.

"There was an arrow pointing up that said 'The man,' and an arrow pointing down that said, 'The legend.' My husband said, 'No way,' " she said. "We said you are going to send a signal to people out there and they are going to get an impression that probably isn't true about what you think about or what you believe in the message plastered across your chest."

Fears said that there are some things parents can do to get their children to tone it down: