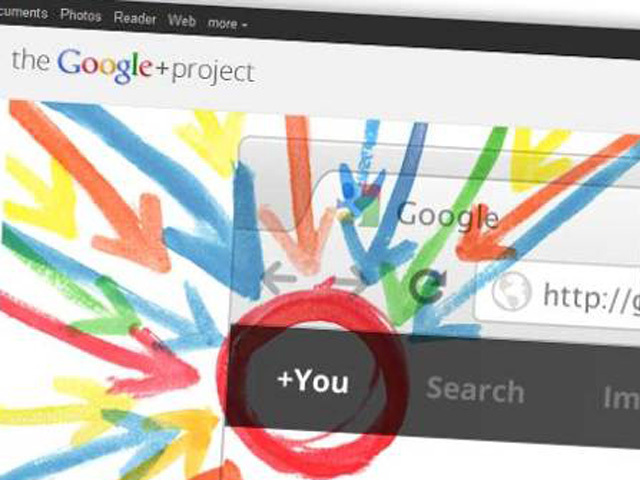 There’s a lot to like about Google+ and it has the potential to make a major impact on the future of the Internet. After just two weeks in closed beta, it already has 10 million users. Still, it’s far from perfect. I’ve put together my list of the top 10 things Google needs to fix or add in Google+. Take a look at the list and then jump into the discussion and argue with me by adding the fixes that you think deserve more attention in Google+.

1. Let us mute someone from the Stream

On Google+ it is a lot easier to find friends and people to follow than any social network that has been built so far. And, with Circles, you can divided them into groups and then easily jump between the various streams of your Circles. However, there is also the big “Stream,” which aggregates all of the people you have in Circles and this is the default view you see on Google+. The one feature missing here is the ability to mute a person from the Stream (while still being able to see their updates in their Circle). You can mute individual posts from the Stream, but you can’t currently mute a person. This is badly needed so that you can stay connected to interesting people but not have the overly chatty people monopolize your Stream.

The +1 button allows you to gives the thumbs up to really good Google+ posts and updates. However, this should also work like a list of favorites or bookmarks. Right now, there’s no way to see a list of the things where I have clicked +1. If I go to my profile there is a +1 tab, but that’s the list of external items (from web sites or Google search results) where I’ve clicked +1. The items from Google+ itself need to be added to this list.

One of the stickiest issues Google needs to figure out is the Share functionality. If you’re familiar with Twitter, this is like a Retweet (RT). However, when you share a post on Google+, it removes all of the comments and +1s, allows you to add your own comments above the post, and then your followers can add their own plusses and comments. That can be pretty cool, except when a bunch of the people you follow all share and re-share the same post. With the approach Google has taken to sharing, there may not be an easy answer, but something will need to be done to sort this out, at least for stuff that gets shared more than 2-3 times in your stream.

4. Let us sort the stream by raw timeline

By default, the big Stream (and the Circle streams as well) are sorted by relevance and popularity, based on the number of +1 votes and shares, so that the most interesting stuff rises to the top of the Stream. However, Google should also give us the option to sort the stream based solely on timestamp, so that we can see the stuff from people who post interesting things but don’t have as many followers to buoy their posts.

5. Allow comments to be threaded

This is an issue of intense debate, but I think Google should allow threaded commenting on Google+ so that people can comment on and respond to comments, and not just the original post. That would make the threads a lot easier to follow when they get a lot of comments. And, comments on comments could be collapsed by default and users could simply click a plus sign to expand and view them. However, the threading would only need to go three layers deep to allow a response and a counterpoint.

It’s impressive that Google had its Android app for Google+ ready to download the moment that it launched the “Field Trial” of the new service, and shortly thereafter itsubmitted an iPhone/iPad app to Apple for approval in the App Store. Even better, the Android app for Google+ is veyr well done. However, it’s not perfect and it could make the mobile Google+ experience a lot better by adding key functionality — e.g. the ability to +1 a comment, the ability to join a hangout, the ability to easily flip between the big stream and circle streams, etc. While they’re at it, Google should add more core functionality to its HTML app as well. That would be a great way to drive more participation and get a jump on Facebook, which still doesn’t have a great mobile experience.

7. Open it up to Google Apps users

In order to get into the Google+ beta you need a Gmail address (or a Google Account). It does not currently work for the Google Apps domains, which are business accounts where the company is using a corporate version of Gmail, Google Calendar, Google Docs, and other Google web apps. Google has stated thatGoogle+ pages for businesses and brands are coming soon. Hopefully, Google+ for Google Apps users won’t be far behind. Since some people may end up having separate Google+ accounts for personal (Gmail) and business (Google Apps) use, Google should also consider options for letting those users log in to both accounts from different tabs in the Chrome web browser.

One of the biggest things Google+ is missing compared to rivals Facebook and Twitter is the ability to send a private message to a mutual contact. Sure, there are a few workarounds and hacks that let you do it, but Google needs to make this part of the product’s primary functionality. It also wouldn’t hurt to integrate GoogleTalk (instant messaging) as well.

UPDATE: Google has added a “Send an email” button in Google+ profiles. So, you can now send an email to anyone with a Google+ profile (by default), even if they don’t have you in one of their circles. This is different than private messaging, which I still think would be useful.

Since there are already celebrities showing up on Google+ — and a lot of people who are impersonating celebrities — Google needs to set up something similar to Twitter’s Verified Accounts. Just do a search for “Mark Zuckerberg” or “Lady Gaga” on Google+ and take a look at how many accounts there are. There are also plenty of sneaky imposters, like the person who pretended to be Apple’s Jony Ive (the account has been deleted).