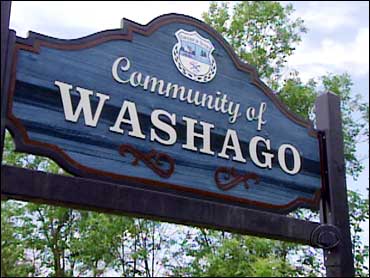 A Canadian judge on Monday sentenced the ringleader of a homegrown terrorist plot to set off truck bombs in Ontario to life in prison.

Zakaria Amara, 24, pleaded guilty in October. He acknowledged being a leader of the so-called Toronto 18 plot to set off bombs outside Toronto's Stock Exchange, a building housing Canada's spy agency and a military base. The goal was to scare Canada into removing its troops from Afghanistan.

The 2006 arrests of Amara and 17 others made international headlines and heightened fears in a country where many people thought they were relatively immune from terrorist strikes.

Judge Bruce Durno said Monday that the attack would have been the most horrific crime in Canada's history if the plot been successful.

Amara had his head down, staring at the floor during his sentencing. After the judge read his sentencing he said, "I just want to reassure you that the promises I made (to rehabilitate), I'll do my best."

Before he left the courtroom, he blew a kiss to his family.

The prosecution sought life imprisonment, while Amara's defense asked for a sentence of between 18 and 20 years.

Amara will be eligible to apply for parole after serving six-and-a-half years in prison, said Durno.

However, defense lawyer Michael Lacy said the parole board is not likely to grant him parole after six-and-a-half years.

The Royal Canadian Mounted Police released a statement that said the case "underscores the reality that Canada is not immune to the threat of terrorism. The extent of the preparations and the enormity of the attacks being planned in this case are quite chilling."

Prosecutors said Amara planned to rent U-Haul trucks, pack them with explosives and detonate them via remote control toward the end of 2006. Police found he used a public library computer to conduct searches on bomb-making and the chemicals needed for explosives. A search of his home also turned up a bomb-making manual, circuit boards, and a device that could trigger an explosion via a cell phone.

Through a police agent, Amara tried to buy what he believed was three tons of ammonium nitrate — three times what was used in the 1995 Oklahoma City bombing that killed 168 people.

The case was developed after the suspects were followed, wiretapped as well as infiltrated by two paid police informants.

Amara apologized in an open letter to Canadians at his sentencing hearing on Thursday, saying he deserved nothing but Canadians' contempt.

Judge Bruce Durno also sentenced one of Amara's coconspirators, Saad Gaya, 22, on Monday to 12 years in prison, minus seven-and-a-half years credit for pretrial custody. The judge called Gaya a "helper" in the plot.

Since the arrest of the 18 Toronto men, four have now pleaded guilty and one was convicted after a trial.

Charges were stayed or dropped against seven people and six men still face trial. One man's trial began last week and five others face a trial in March.