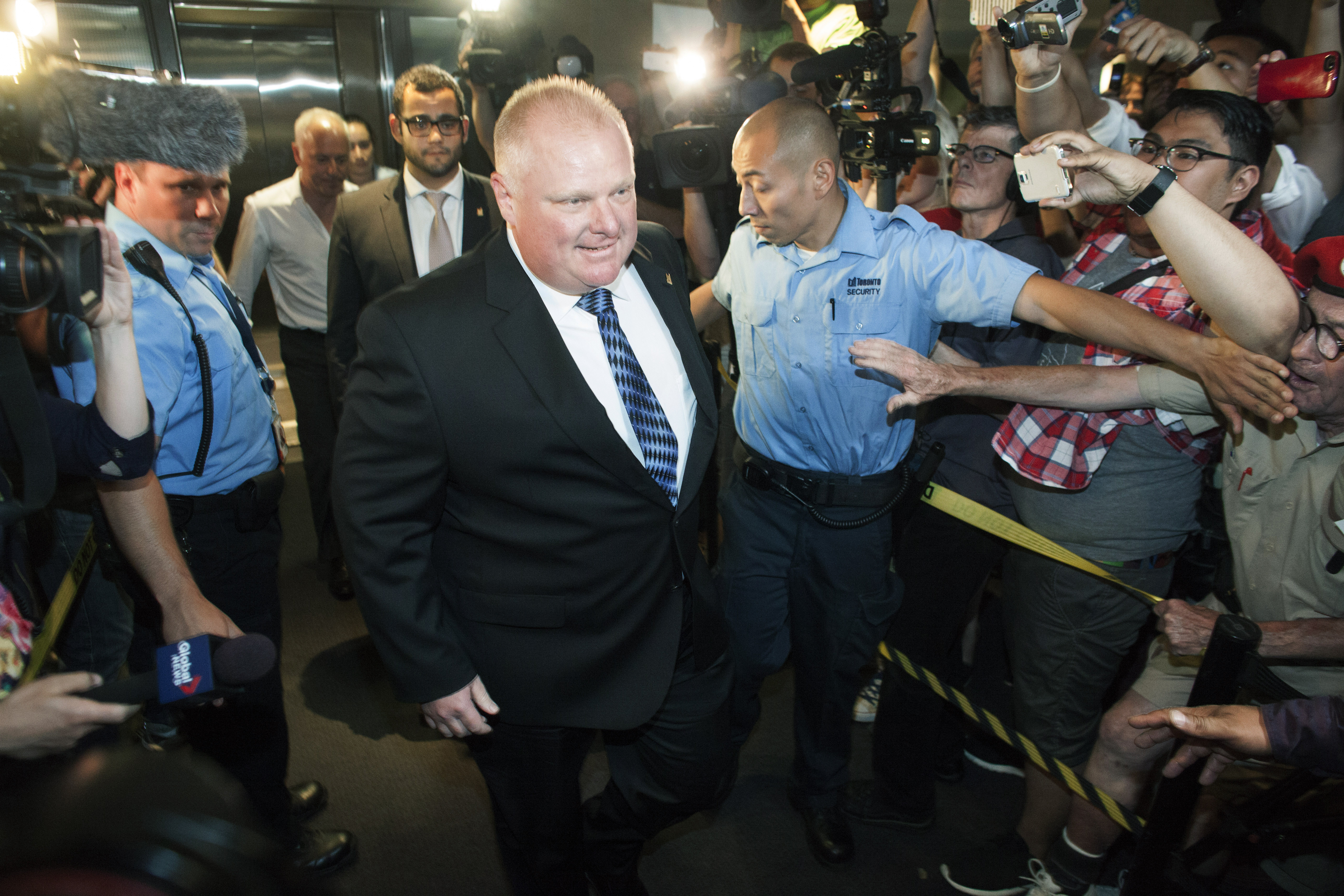 Ford hurried into his office at City Hall in the afternoon after checking out of a facility in Ontario. He was scheduled to read a statement later Monday but was refusing to take questions.

The mayor of Canada's largest city was in rehab for alcohol addiction after announcing in April that he was seeking treatment. He made the decision after a video surfaced that apparently showed him smoking crack cocaine.

Ford admitted last year, after reports of a similar video, that he had smoked crack in a "drunken stupor." That admission followed months of denials.

He has not abandoned his effort to seek a second term in October. Toronto's City Council stripped Ford of most of his powers last year.

His decision to seek treatment came months after he announced he was finished with alcohol - only to be followed by a steady flow of reports of intoxicated behavior.

Many councilors expressed reservations about his return.

"He's put Toronto on the map worldwide for reasons that none of us would want," Councilor John Parker said.

Doug Ford, Ford's brother and a city councilor, has said Rob Ford will resume campaigning right away. He said his brother loves being mayor and is fighting for his political life.

In April, The Globe and Mail said two of its reporters had seen a new video of Ford smoking what has been described as crack by a self-professed drug dealer. It was reportedly filmed secretly in Ford's sister's basement.

The Globe and Mail reporters were shown a clip in which Ford takes a drag from a long copper-colored pipe and exhales a cloud of smoke while his right arm convulses, the newspaper said.