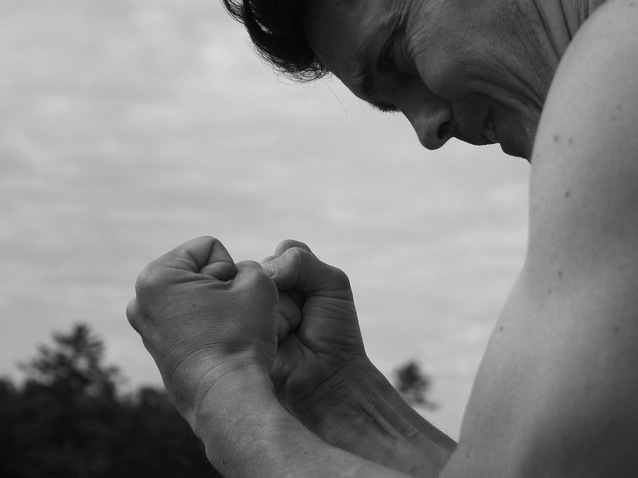 (MoneyWatch) COMMENTARY So you're an up-and-comer, a future leader, an overachiever who fights to win and takes no prisoners. Join the club. I was that way too when I was younger. And more. I was also a worrier, and not just a little, either. When it came to business, I worried about everything.

That's right, I was compulsive, a control freak. But only when it really counted, or so I told myself. I only micromanaged when things were going terribly wrong. I was only a perfectionist when everything was on the line. I was paranoid, but only about the competition.

There are pluses and minuses to being that neurotic. It definitely comes in handy in terms of putting out a great product, winning a big customer, beating the competition or making a killer presentation. On the other hand, it makes everyone around you miserable.

The 5 stages of leadership development
7 signs of a dysfunctional boss
America's worst CEOs: Where are they now?

The good news is I now have my own business so there are far fewer people to share in my misery than when I was in the corporate world. I'm sure all my former employees, peers and CEOs are just tickled about that.

But hey, for a time, I was in good company. There's former Intel CEO Andy Grove of "Only the Paranoid Survive" fame. Bill Gates and Steve Jobs were like that, too. Not that I was in their class. Don't be ridiculous. But it's a valid comparison, nevertheless.

Sure, I've always known that all work and no play is no fun. I played plenty. In fact, I worked hard and played hard. Sure, I was always aware of a concept called balance. It's just that, when it comes to work, this little voice inside my head tells me it's got to be done right come hell or high water, so that's what I do. It's part of me.

Now I know quite a bit about what motivates people like me; why our brains generate those signals that make us do the things we do. Maybe we'll get to some of that in a bit. For now, here's some eye-opening advice for people like you and me that will also prove beneficial for those who have to work with or, God forbid, live with us.

Take a chill pill. Nah, just kidding. One of the first things I learned about myself, and I'm sure you know this too, is that no amount of trite, off-the-cuff advice ever sinks in. It just annoys us. That's because we think we're different from everyone else. Well, that's as good a place as any to start.

It's okay to be human. Actually, we're no different from anyone else. Not one bit. We eat, breathe and bleed just like everyone does. We have feelings. We make mistakes. And pretending that we belong on a pedestal higher than others just makes the fall that much more painful and devastating when it inevitably happens.

When you fail, and you will, remember this. It's a remarkably powerful and cathartic relief to finally let go of the need to be better, to be right, to always win and to never lose. Once you admit defeat, and without the usual refrain of "Well I'll show them and fight back even harder, next time," you finally have a chance to gain something called wisdom. You see, success gives us confidence, but learning from failure gives us wisdom.

The ends don't always justify the means. Life can be one of two things. When you're young and fearless, everything's a race to the finish, a battle to win or at least gain on your opponent, whoever that happens to be. But when you get older and hopefully wiser, you realize that the finish is just a pine box and life is everything you do before you get there. Results lose their meaning when you come to realize the result is always the same and you have nothing to gain or lose but your precious time on this planet.

Regret is a bitter pill to swallow. The funny thing about people like us is that our employees will always say things like, "He was really demanding but we accomplished great things and I never learned so much." Then they'll take their stock options, spend some time in therapy and swear they'll never put themselves through anything like that again.

You've got to be true to yourself. Just make sure it's actually "you" you're being true to, not someone you're trying to be or someone you're programmed to be. If that sounds a little bit cryptic, I can certainly empathize. All I know is, when my employees used to say things like that quote above, I used to feel immense pride. These days, I still feel pride, but it's mixed with sadness. Now, that rings true to me.