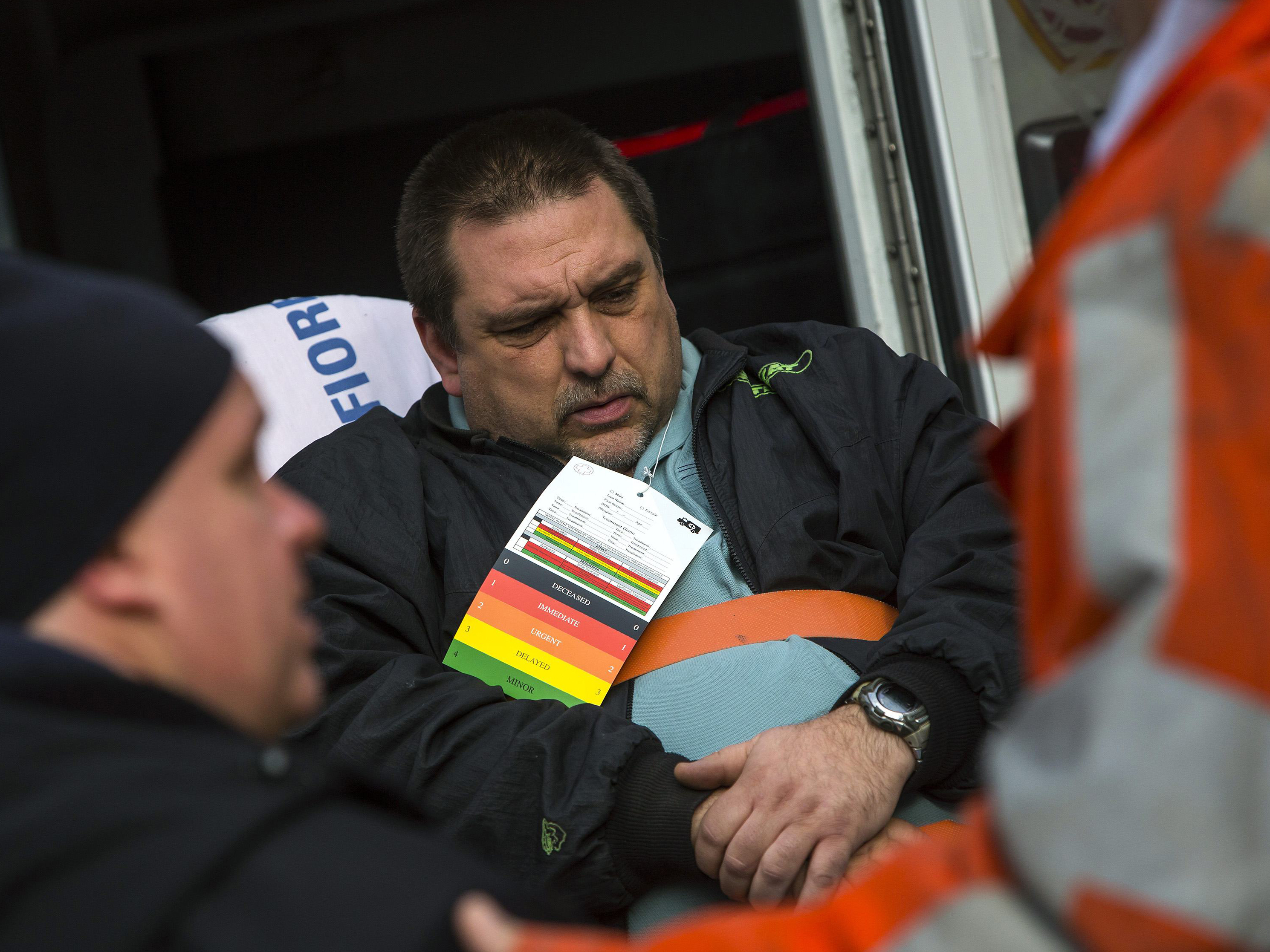 NEW YORK -- The operator of a train involved in a fatal derailment in New York felt himself nodding at the controls just before the crash, a union official said Tuesday.

Engineer William Rockefeller Jr. "caught himself, but he caught himself too late," said Anthony Bottalico, leader of the rail employees union, relating what he said Rockfeller told him.

"What he will tell everyone today is that he basically nodded," Botallico said. "He had the equivalent of what we all have when we drive a car. That is, you sometimes have a momentary nod or whatever that might be. How long that lasts, I can't answer that."

The revelation came as federal investigators said there was nothing wrong with the brakes of the Metro-North train, which was traveling at nearly three times the speed limit when it went off the rails Tuesday in the Bronx borough of New York. Four people were killed and more than 60 others injured.

Rockefeller told first responders after the crash that  he had applied the brakes but they did malfunctioned, according to law enforcement sources.

"There's no indication that the brake systems were not functioning properly," Earl Weener, a member of the National Transportation Safety Board, told reporters Tuesday.

Weener said there was "every indication" that Rockefeller would have been able to get "full, restorative sleep" between his previous shift and when he reported to work at 5:04 a.m. on Sunday.

"He has worked for Metro-North for 15 years and has been an engineer for 10 of those years. This was his regularly scheduled route making two round trips each day with a typical day lasting nine hours," Weener said. "The engineer had been running this particular route full time since Nov. 17."

Rockefeller had been moved from a night shift to a day one just two weeks before the crash, CBS News correspondent Jeff Pegues reported. A law enforcement source told Pegues that Rockfeller told first responders that "he began to daze, thinking about nothing in particular" right before the wreck.

An official said investigators are checking Rockefeller's cell phone records to see if he was on a call or texting at the time of the accident. They are also investigating his whereabouts before boarding the train for work.

The results of alcohol breath tests on Rockefeller and other crew members were all negative, Weener said. Blood tests for drugs and alcohol were also taken but results are not back yet.

Metro-North said crews are working around the clock to rebuild 800 feet of track damaged by Sunday's derailment. About 900 gallons of diesel fuel was siphoned from the locomotive before it was removed, the railroad said.

"This is an extremely challenging time for all of us," said MTA Chairman and CEO Thomas F. Prendergast.

The revelation that the train derailed while barreling into a sharp curve at nearly three times the speed limit is fueling questions about whether automated crash-avoidance technology could have prevented the carnage.

Safety officials for decades have championed what's known as positive train control technology, which uses GPS, wireless radio and computers to monitor trains and stop them from colliding, derailing or going the wrong way. But the railroad industry has sought to postpone having to install the systems because of the high cost and technological issues.

The train was going 82 mph as it entered a 30-mph turn Sunday morning and ran off the track, Weener said Monday. He cited information extracted from the train's two data recorders; investigators also began interviewing the train's crew.

New York Gov. Andrew Cuomo said authorities must "make sure that that operator is disciplined in an appropriate way."

"There's such a gross deviation from the norm," Cuomo said. "That amount of speed is certainly unjustifiable."

Union leader Bottalico said he was confident the investigation would reveal there was no criminal intent.

Investigators began talking to Rockefeller on Monday but postponed completing the interview, likely until Wednesday, National Transportation Safety Board spokesman Keith Holloway said Tuesday. Holloway wouldn't say why; Bottalico said it was because Rockefeller hadn't slept in almost 24 hours and was "very distraught."

Bottalico said the engineer planned to have a lawyer accompany him to the interview.


Weener sketched a scenario suggesting that the throttle was let up and the brakes were fully applied way too late to stave off the crash. He said the throttle went to idle six seconds before the derailed train came to a complete stop - "very late in the game" for a train going that fast - and the brakes were fully engaged five seconds before the train stopped.

Positive train control, or PTC, is designed to forestall the human errors that cause about 40 percent of train accidents. In 2008, Congress ordered rail lines to adopt the technology by December 2015.

The Metropolitan Transportation Authority, which runs Metro-North, began planning for a PTC system as soon as the law was put into effect, spokeswoman Marjorie Anders said.

But the MTA has advocated for an extension to 2018, saying it's difficult to install such a system across more than 1,000 rail cars and 1,200 miles of track.

Democratic Sen. Richard Blumenthal of Connecticut, which also is served by Metro-North, said Sunday's derailment underscored the need for the technology.

"I'd be very loath to be more flexible or grant more time," he said.