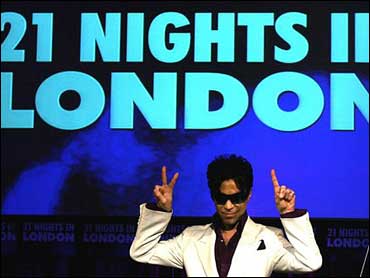 The health of Florida's $50 billion tourism industry is going to be determined as much by Saddam Hussein and al Qaeda as by Mickey Mouse, Spider-Man or Shamu.

The threat of war with Iraq, further terrorist attacks, and plunging consumer confidence have created an uncertainty in Orlando, the heart of the state's tourism industry. Such angst has not been seen in a decade, experts say.

"There is a pretty fair degree of anxiety among the population which tends to depress one's enthusiasm for travel," said Harris Rosen, who owns six hotels on International Drive, Orlando's busiest tourist corridor.

There are signs, though, that the worst is over from the freefall that the tourism industry experienced after the Sept. 11, 2001, attacks.

Walt Disney World, Universal Orlando and SeaWorld Orlando currently are hiring about 2,200 permanent and temporary workers in anticipation of the Christmas holiday season, the busiest time of the year for Orlando's theme parks.

Theme park workers are getting scheduled for overtime like they haven't been in months. The parks broke records and had to close because of overwhelming crowds last Easter, a good sign for the upcoming Christmas season.

But signs of weakness still abound.

Rosen expects Thanksgiving week to be his worst in 28 years and expects Christmas week to be as poor. His hotels have always sold out during Thanksgiving week, but they're only expecting 50 percent occupancy this year, even though he's offering a room rate of $29.95 at four of his hotels.

Other signs point to trouble.

Traffic at Orlando International Airport for the year was down 10 percent through September, hurt primarily by the 24 percent decline in international visitors.

The occupancy rate of metro Orlando's 105,000 hotel rooms was 64 percent during the first week in November, a significant dip from pre-Sept. 11 levels, but a strong improvement over the same time last year.

Attendance at Walt Disney World was down 11 percent for the year, according to analysts' estimates from Prudential Financial. The theme park resort doesn't release attendance figures.

International visitor figures at Disney World are still down by about 20 percent, but the numbers are far better than the 30 percent decline reported earlier in the year.

While analysts at Merrill Lynch believe attendance at Walt Disney World will improve by 1 percent next year, attendance is hard to predict because visitors are making reservations as late as two weeks before taking their trips.

The consumer confidence, as measured by a University of Michigan survey, reached a nine-year low in October.

"Everywhere, everyone is scared of spending," said Patrick West, a tourist from Mexico City, who was shopping at an outlet mall in Orlando's tourist district with his wife and four grade-school age children. "It's psychological."

But West, a 41-year-old industrial engineer, said the desire for his children to see Disney World outweighed financial concerns.

"The economy is not always going to be good, so there are bad times," he said. "But I came here because my kids wanted to be here."

To encourage such an attitude with other tourists, the theme parks continue to offer discounts and specials.

At Disney World, Canadian visitors are being given the chance to book hotels in Canadian dollars so they don't have to worry about currency conversion. Disney also had a deal that gave one child free airfare and gratis entrance to the parks for British families who flew on Virgin Atlantic and British Airways.

At Universal Orlando, Florida residents are saving $25 on a two-day, two-park ticket by bringing in specially marked Coca-Cola products from Publix stores. The resort also is offering hotel rates as low as $113 per night at its three luxury hotels.

But Rosen said tourists will flock back to Orlando only when the United States resolves its dispute with Iraq. "Then the recovery begins," he said.