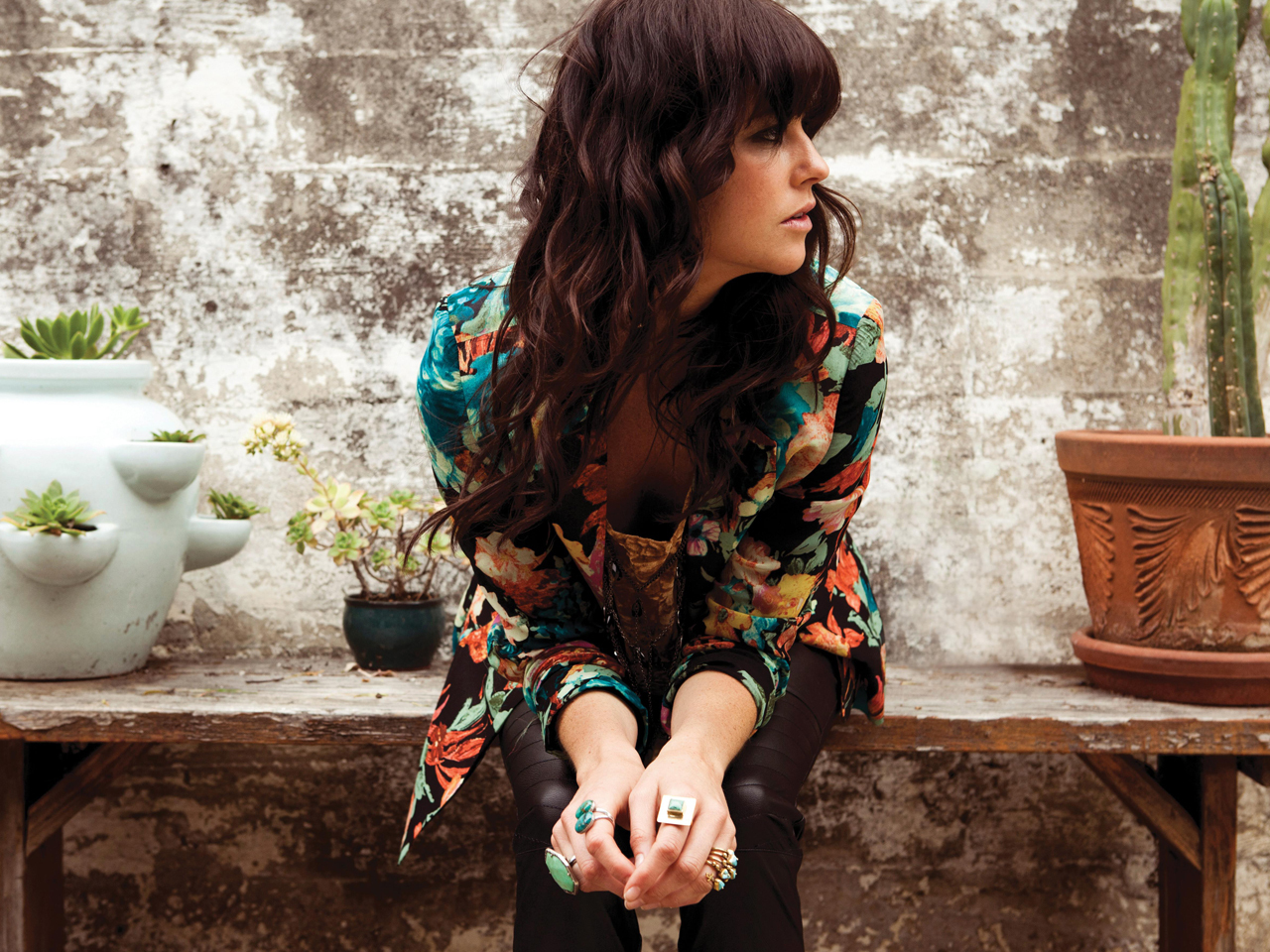 At one point, Tristan Prettyman didn't know whether she would continue pursuing music.

"The minute it [her 2011 Split from Mraz] happened, I ran to my guitar and the pen and the paper," Prettyman told CBSNews.com. "And I couldn't write fast enough to get out everything that was going on in my brain. And that was a miracle in a way because I had been coming from four years of being completely uninspired and felt like I was forcing myself to get back into music. So that situation just totally kick-started my inspiration."

A trip around the world that Prettyman, 30, describes as her "'Eat, Pray, Love' moment" also kicked her creativity into high-gear. "For me this record begins for me when I took a break, when I traveled," she said.

Aside from traveling, Prettyman says she began reevaluating things when she underwent surgery on her vocal cords. "I had two polyps removed. So there's a lot of stuff that surrounds the vocal surgery," she said. "I guess in a way because it was like the universe was taking my voice away at a time when I was like, 'I don't even want this.' And the minute it got taken I was like, 'OK, hold on, maybe I do want it!'"

Her voice came back in full-force, and Prettyman recorded the songs that would end up on "Cedar + Gold," released in October on Capitol Records.

"I was writing from a place that I was in when I first started -- when there was no pressure, no record label and no albums to follow," said Prettyman, who began releasing music in 2002.

All the songs, Prettyman says, came from a "truthful and honest space," as she "dug deep" within herself for the words to describe her split from Mraz. And with songs such as "I Was Gonna Marry You" and "Quit You," Prettyman didn't hold back when it came to addressing the break-up.

"I was definitely writing and going, 'I want to set the record straight and I want to set the record straight to you too because you're not getting it.' Not everybody gets that opportunity -- to write a whole album about your ex," the San Diego-based artist said about Mraz, whom she dated on and off for several years. "Deep down I knew there was a lot of there. I didn't want to trash everything and pull it apart. In a way, it all happened for a reason and I got to the place I am now because all of that."

Looking back on the writing and recording of the set, Prettyman said, "It's sort of like an outer-body experience in a way because I'm there and I'm present but at the time same time, it's such a grey area looking back." But now that the album is out, Prettyman says, "I'm 100 percent connected to it and I believe in it fully."

One of those new songs, "Say Anything," opens the new film, "Save Haven," starring Julianne Hough and Josh Duhamel.

The new material makes up a lot of Prettyman's performance set list. She's currently on a tour across the country that stops in Philadelphia on Wednesday and wraps May 10 in Napa, Calif.

"I feel like -- for once -- everything is aligned and in harmony. It's effortless...It's been great," Prettyman said of the tour. While on the road, she makes sure to keep her voice in check, getting enough sleep, limiting talking and eating right.

So far, Prettyman hasn't sat down to write new music, as for right now, she's keeping the touring and writing processes separate. But she's definitely looking forward to that next creative spurt. "This is the first time in a very long time when I'm really excited to write the next record, but I haven't been writing anything," said Prettyman. "When I'm on the road, I like to stay connected with the fans, Instagram and tweet and focus on the show."

And as for Mraz, Prettyman has an update.

"It's funny -- him and I, a couple of weeks ago, we had an exchange," Prettyman revealed about the "I'm Yours" singer. "I don't want to hold on to this anger anymore. I feel this weird negative energy and it just feels awkward. I want to just let it go. Basically, we're good now. We're not super close or anything, but if we ran into each other, we can give each other a hug and be fine. I understand the situation a lot better. I have kind of come to peace with and had some closure."

Asked if Mraz has heard her new album, Prettyman said, "He was funny because I had asked him if he had heard any of the record and he said, 'I've heard most of it and the most important things is that it sounds truthful when sing it. And it's really beautiful."