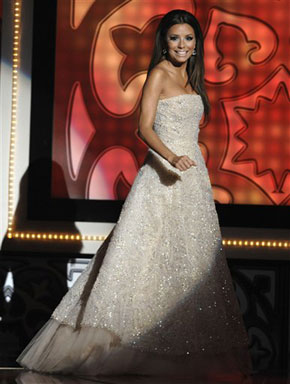 Donald Trump will assume the role of apprentice himself when he puts his frailties on display in an atmosphere many find more intimidating than the corporate board room — the golf course.

Trump, comedian Jimmy Fallon and actors Kurt Russell and Luke Wilson are among the first-time players entered to play July 16-18 at the American Century celebrity golf tournament on the shores of Lake Tahoe, officials for NBC Sports told The Associated Press on Sunday.

"The pressure will be on and I'll have to perform," Trump said in a statement he issued through his New York office. "It's a tournament that has both big names and serious competition."

Tourney regulars Michael Jordan, John Elway, Mario Lemieux and Mark McGwire will return to the Edgewood Tahoe Golf Course for the 54-hole event with a $500,000 purse.

Trump's caddy might hear Trump's famous line — "you're fired!" from his hit television show "The Apprentice" — if the real estate tycoon loses too many balls on the 7,445-yard course. But don't count on it.

"A lot of people don't realize this, but he is a very, very good golfer," said Jon Miller, senior vice president for programming for NBC Sports.