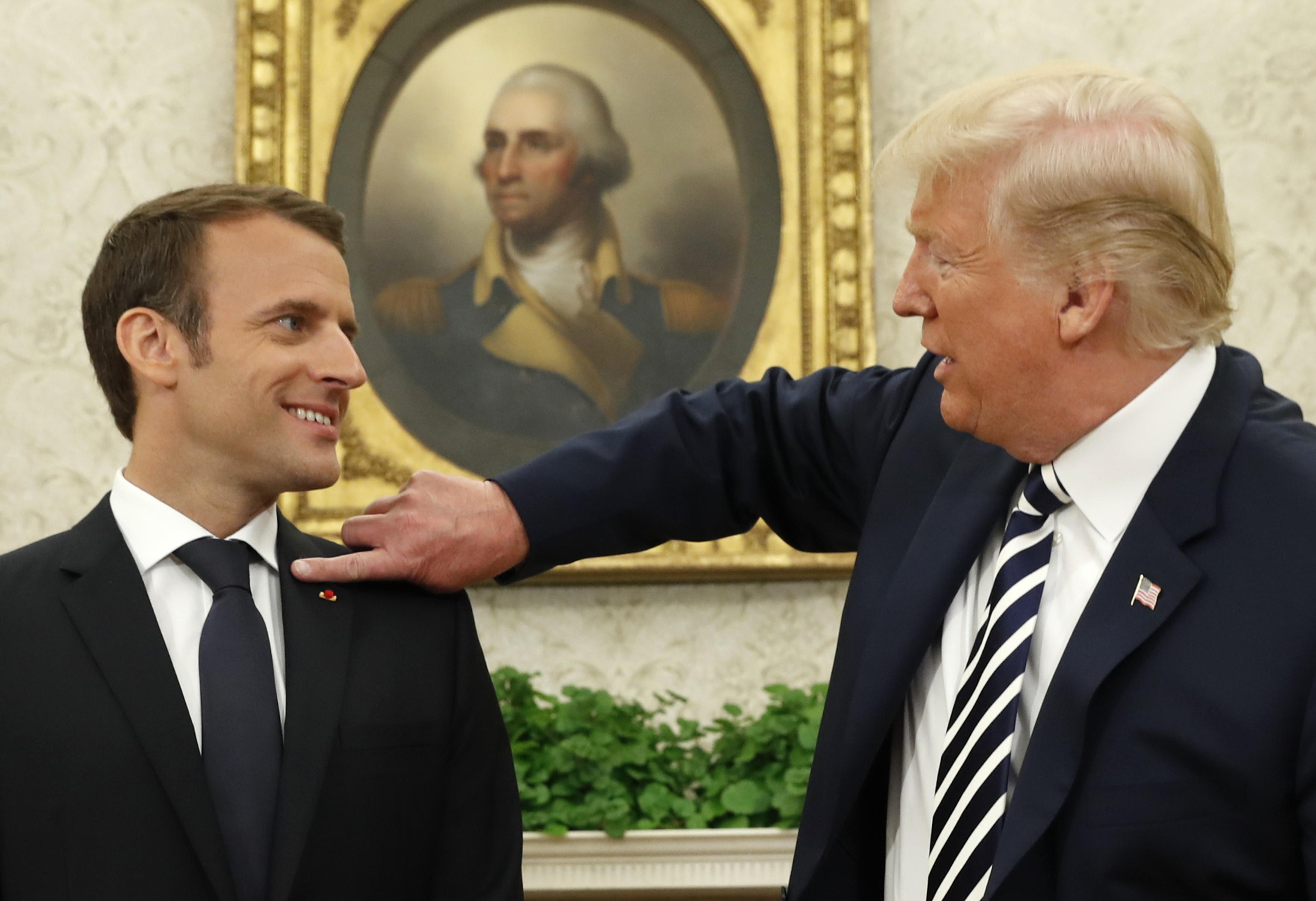 President Trump stopped in the middle Oval Office comments alongside French President Emmanuel Macron to brush what Mr. Trump said was a "little piece of dandruff" off Macron's suit.

"We have a very special relationship, in fact I'll get that little piece of dandruff off," the president said, according to pool reporters present in the room. "We have to make him perfect -- he is perfect."

Seemingly caught off guard at first by the gesture, Macron soon smiled and laughed at the interaction.

Tuesday marks Macron's second day of meetings at the White House, as the two discuss everything from the Iran nuclear deal, to the Paris climate accord, to trade issues. The two held Oval Office and Cabinet meetings Tuesday morning, a joint press conference Tuesday afternoon, and will dine at the first state dinner Mr. Trump has held since taking office. On Monday, the two visited Mount Vernon, the nearby home of America's first president, George Washington.

"I like him a lot," Mr. Trump said during the press conference with Macron, after a long handshake.

Mr. Trump has said he hopes the meeting over North Korea's nuclear program to happen by early June, but has also said he will back out of the meeting, or "leave" in the middle of the meeting, if it isn't successful.