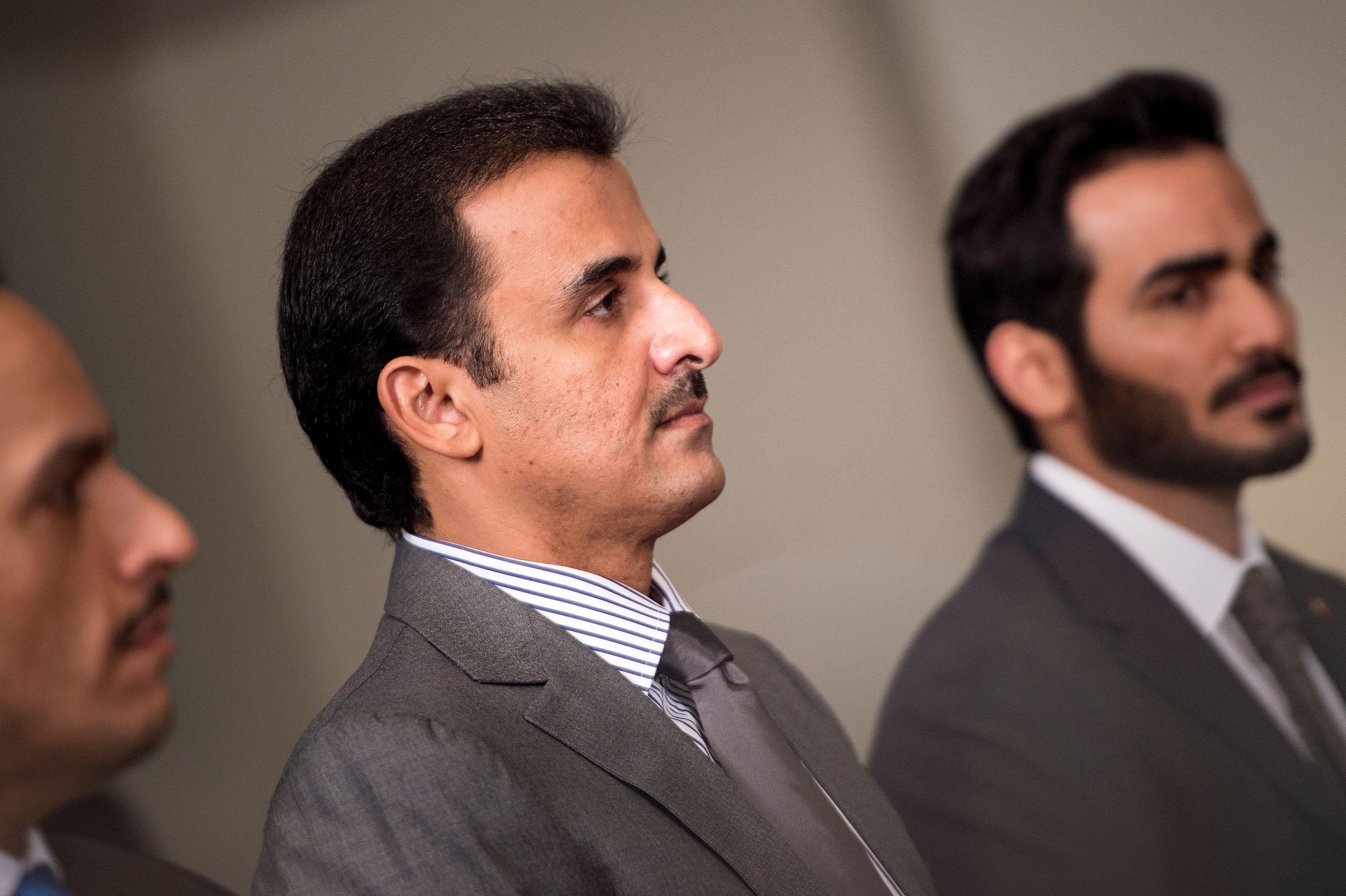 President Donald Trump is hosting the ruling emir of Qatar for a White House meeting, welcoming a leader whose tiny gas-rich nation he once accused of funding terrorism at a "high level."

With America's allies in the Persian Gulf feuding with Qatar, there has been almost zero progress toward resolving their dispute since it erupted 10 months ago. Mr. Trump was more than a bit player in the inception of that crisis: He sided firmly with Saudi Arabia, the United Arab Emirates and other neighbors who accused Qatar of spreading extremism, fomenting regional unrest and allowing funds to flow to terror groups. Qatar denies all those charges.

Mr. Trump hasn't repeated that charge in recent months, and Qatar has since taken steps to address U.S. concerns, even allowing Treasury Department officials into its central bank to improve accountability for controls to prevent terror funding. So far, those steps haven't been enough to persuade Qatar's neighbors to stop squeezing the country diplomatically and financially. A brief attempt last year by then-Secretary of State Rex Tillerson to resolve the crisis sputtered, and Tillerson was recently fired.

Qatar's Sheikh Tamim bin Hamad Al Thani will join Mr. Trump for a midday meeting and working lunch Tuesday that the White House said would focus on strengthening ties, including security and economic issues. In a phone call last week, Mr. Trump credited the emir with working to counter terror financing and extremism. The White House said they also discussed concerns about Iran's "increasingly reckless behavior in the region" and the need to resolve the Gulf crisis.

Despite the past tensions, there were signs that Mr. Trump was warming to the Qataris. The day before the emir's visit, the administration told Congress it plans to approve a deal to sell $300 million in "Advanced Precision Kill Weapon Systems" to Qatar, including 5,000 high-explosive warheads and the same number of rocket motors. The U.S. Defense Security Cooperation Agency said that the laser-guided rockets would help Qatar modernize its military and "will not alter the basic military balance in the region."

The emir's meeting comes shortly after Mr. Trump greeted Saudi Arabia's Crown Prince Mohammed bin Salman with pomp and pageantry at the White House last month at the start of the crown prince's marathon tour of the U.S. The de facto leader of another Qatari opponent, the UAE, will also soon visit the White House.

Simon Henderson, a Gulf expert at The Washington Institute for Near East Policy, said the Trump administration would likely try to use the visit to persuade the Qataris that they and their opponents should put aside their disagreements to focus on what Trump considers the bigger threat in the region: Iran.

"Can we get the Gulf together again? They're all our allies, American allies," Henderson said.

Qatar has sought to stress its role as a reliable and agreeable U.S. partner in a strategically vital region. The country hosts some 10,000 U.S. troops at al-Udeid Air Base, and has been building new facilities for U.S. troops there at Qatari expense in a bid to make it more comfortable for the Americans.