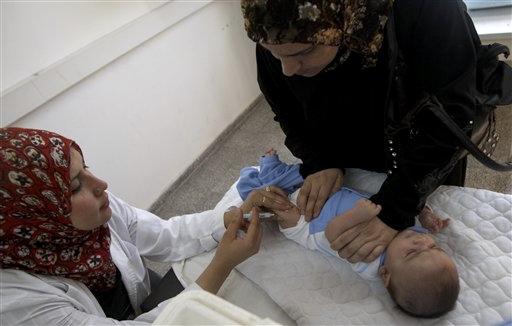 Senate Majority Leader Joseph Bruno on Thursday suggested that a big-name candidate could be flirting with entering the 2006 contest. On Friday, he confirmed to News Channel 10 in Albany that he had been referring to Trump.

Bruno told the station he had spoken to the real estate developer and TV personality about a possible run.

Trump's office in New York had no immediate comment. State GOP Executive Director Ryan Moses said neither he nor state party Chairman Stephen Minarik have had discussions with Trump about running.

Said Frank MacKay, state chairman of the Independence Party: "(Trump) is a formidable candidate for anything he decides to run for. We would love to see him run for president of the United States in 2008 as a third-party candidate. I'd do what I could to help give him a strong base here in New York and everywhere else in the country."

Trump flirted with a run for president on the Reform Party ticket in 2000. He has given money to Republicans and Democrats in state races.

Republicans are looking for a candidate with name recognition and money to take on the only announced Democratic candidate, state Attorney General Eliot Spitzer. Spitzer is far ahead of all candidates for governor in the early polls.

"As attorney general, he demonstrated a real commitment to reforming institutions from Wall Street to Main Street, and I look forward to watching him work on reforming state government," Koch said at a news conference.

Koch, a Democrat, endorsed Republican Gov. George E. Pataki for re-election in 2002. Pataki has announced he will not seek a fourth term.

Spitzer is the lone Democrat in the race, although some Democrats say Thomas Suozzi, executive of Nassau County on Long Island, is considering entering the race.