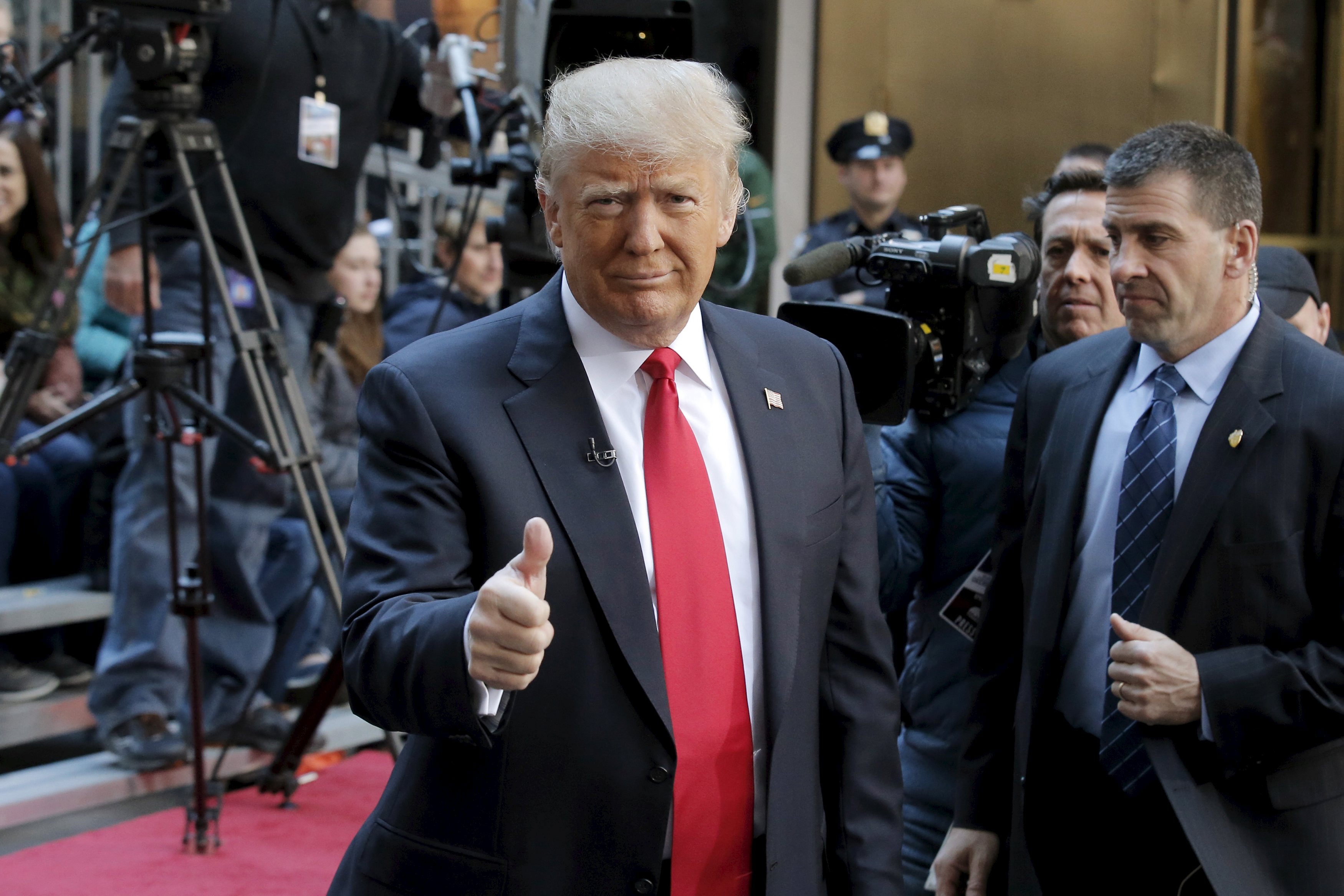 In the aftermath of the unlikely alliance between Ted Cruz and John Kasich against Donald Trump, the Manhattan billionaire is getting creative with his insults.

Kasich is a "disgusting" eater, Trump told crowds Monday. "I have never seen a human being eat in such a disgusting fashion," Trump said of the Ohio governor, who has spent a bit of time on the airwaves as of late with food in his mouth.

"It's pouring out of his mouth," Trump followed up at his next rally in West Chester, Pennsylvania.

And while Trump may not have sounded very presidential as he attacked Kasich, a candidate whose name the Republican front-runner frequently mispronounces, he argued that he certainly looked presidential -- unlike his Democratic opponent, Hillary Clinton.

"Do I look like a president? How handsome am I, right? How handsome?" Trump proclaimed. "Somebody said 'He really does look good but you know I don't know if he's presidential.' And I'm looking at this stage of people -- my competitors. Does Hillary look presidential?"

When the crowd responded with a thunderous "no," Trump dug in further, saying that Clinton doesn't have the strength or energy to be president.

Trump also warned the crowds of the danger of the resettlement of Syrian refugees, going so far in Warwick as to say that people should lock their doors.

"Lock your doors," Trump said. "No, it's a big problem. We don't know anything about them. We don't know where they come from, who they are, there's no documentation. We have our incompetent government people, letting them in by the thousands and who knows. Who knows, maybe it's ISIS."