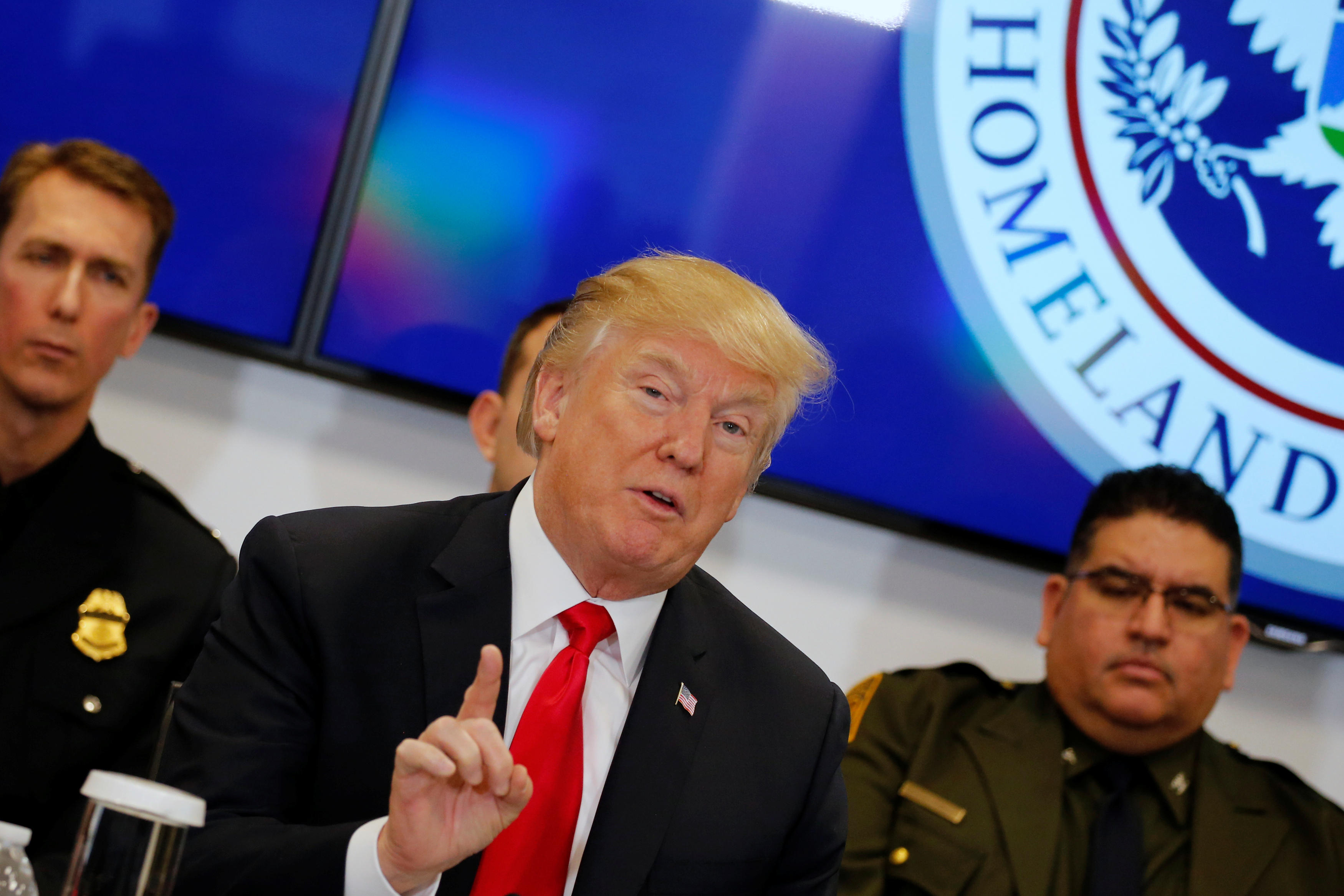 President Trump, during a visit to the U.S. Customs and Border Protection's National Targeting Center in Northern Virginia, threatened to cut funding to countries that allow drugs into the U.S.

"And these countries are not our friends," Mr. Trump said, referencing countries through which drugs come to the United States. "You know, we think they're our friends and we send them massive aid.  And I won't mention names right now, but I look at these countries, I look at the numbers we send them -- we send them massive aid and they're pouring drugs into our country and they're laughing at us.  So I'm not a believer in that.  I want to stop the aid.  I want to stop the aid.  If they can't stop drugs from coming in -- because they could stop them a lot easier than us.  They say, "Oh, we can't control it."  Oh great, we're supposed to control it."

"So we give them billions and billions of dollars and they don't do what they're supposed to be doing.  And they know that.  But we're going to take a very harsh action," he added.

The president also made the case for less immigration and a "real wall." Mr. Trump said he isn't pleased with Democrats amid immigration negotiations.

"We wanna make a deal. I think they want to use it for political purposes, for elections. I really am not happy with the way it's going, from the standpoint of the Democrats," the president said.

He also said a fix for the Deferred Action for Childhood Arrivals (DACA) program "should be absolutely easy to do."

"And I don't think the Democrats want to take care of the DACA recipients."

"And think of it, they've given up on DACA and that's supposed to be theirs, but it's ours because we're the ones that are taking care of DACA, not them," he added.