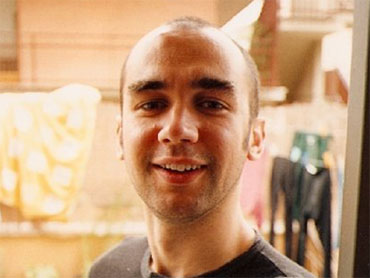 Palestinian leader Yasser Arafat is at the center of the latest dispute between Israel and the Palestinians.

Israel has placed Arafat under virtual house arrest in his battered West Bank headquarters. because it sees him as an arch-terrorist. There is also no chance Israel will allow Arafat to get the red carpet treatment in world capitals.

In fact, Prime Minister Ariel Sharon was in London, where he was to urge Britain to cut all ties with Arafat.

"Arafat should be removed from any position of influence," Sharon told an American network, blaming the longtime Palestinian leader for the nearly three years of Mideast bloodshed.

Arafat has been confined to his office building in the West Bank town of Ramallah for more than a year and a half, watching as Israeli forces knocked down almost all the buildings in the compound. Israel's policy now is that Arafat is free to leave, but Israel will not guarantee that he would be allowed to return.

The United States backs Israel's attempt to boycott the embattled Palestinian leader, but European countries retain some ties with Arafat. A delegation of British lawmakers visited his Ramallah headquarters on the weekend, and Russian Foreign Minister Rigor Ivan met with him on Sunday, urging Israel to restore Arafat's freedom of movement.

Meanwhile, an Israeli is believed to have been kidnapped by Palestinian militants, and in a rare sign of cooperation, Palestinian police have joined the search for the missing Israeli.

It's believed the missing taxi driver has been abducted by Palestinian militants in the West Bank, despite a truce declared by terrorist groups.

"We expect the Palestinian Authority to take measures against those extremists in order to bring back the Israeli taxi driver to his family," Israeli Foreign Minister Silvan Shalom said.

Representatives of Palestinian prisoners jailed by Israel also called for the of the taxi driver.

Israel officials have suggested that they are looking for ways to ease the prisoner crisis, and the statement by the prisoners was viewed as a gesture of good faith.

Orit Messer-Harel, spokeswoman for Israel's prison service, said the statement was released on Sunday by prisoner representative committees at the Ashkelon and Shatah prisons, which together contain hundreds of Palestinian inmates.

"We allowed the dissemination of this call because it helps peace," she said.

The statement calls for the release of 61-year-old Eliyahu Goral, whose cab was found abandoned and idling in an Arab section of Jerusalem on Friday.

Palestinian Minister for Prisoner Affairs Hisham Abdal Raziq said the statement "confirms the prisoners' belief that such actions (as kidnapping) only hurt the issue of releasing prisoners," and also "confirms the firm commitment that prisoners have to abiding by the cease-fire agreement."

At the same time, the Palestinian Authority has taken a first step to implement its key commitment under the U.S.-backed peace plan.

"The new Palestinian leadership still has to prove that it has made a strategic decision to abandon violence," said Shalom.

Abdel Aziz Rantisi, a top Hamas leader, warned Monday that attempts to disarm the group would scupper the truce.

On Sunday, Hamas and Islamic Jihad issued a joint statement which also warned that attempts to disarm the militants "might lead us to think seriously about going back on our initiative to suspend military operations."

The deadlock has sparked growing criticism of Abbas also from within the Fatah movement, which he has led together with Arafat for decades. Last week Abbas threatened to resign as premier unless he receives more support.