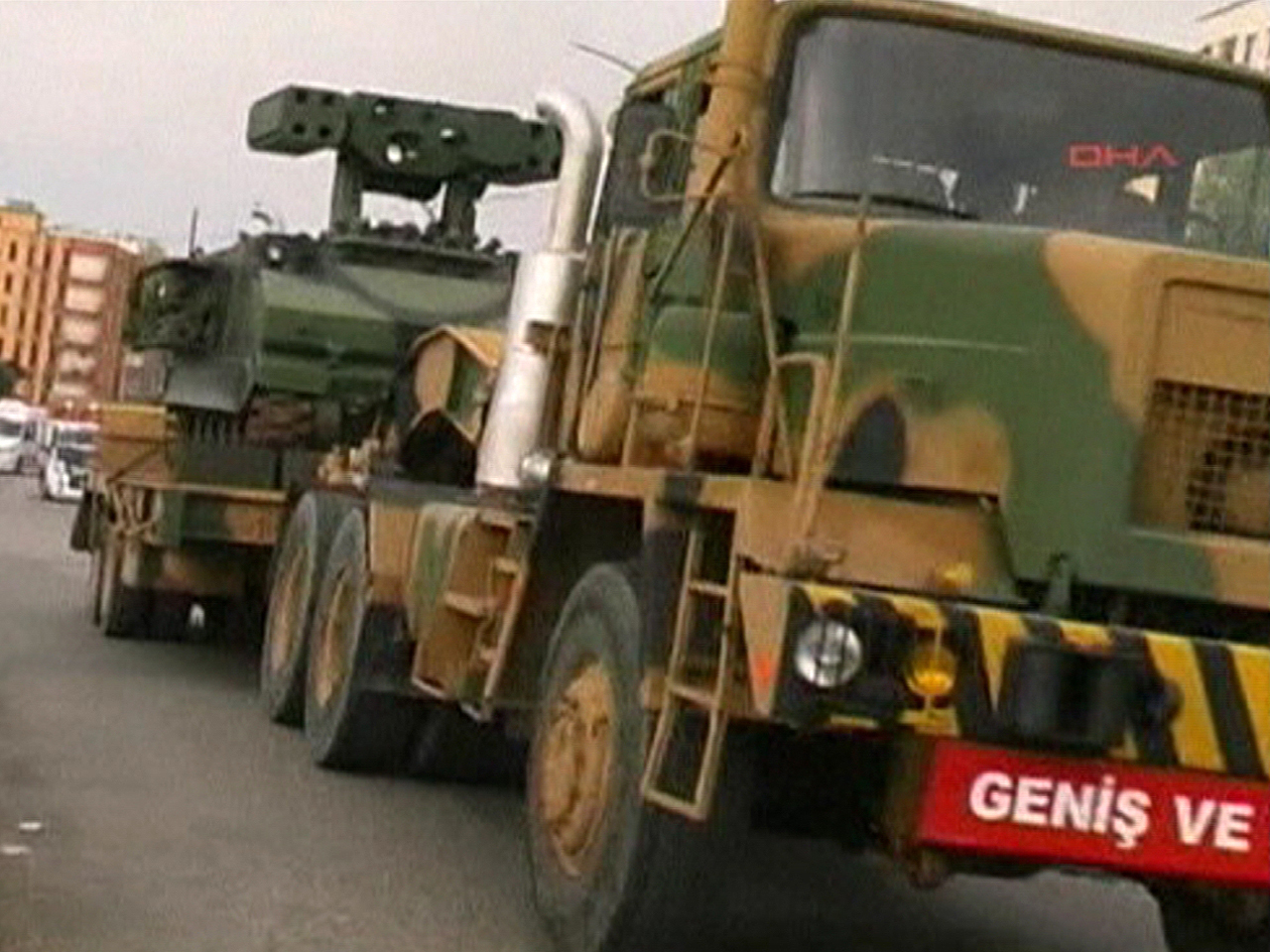 (AP) ANKARA, Turkey - Turkey deployed anti-aircraft guns and other weapons alongside its border with Syria, state television reported on Thursday, days after the downing of a Turkish military jet by Syrian forces heightened the tensions between the two countries.

A small convoy of military trucks, towing anti-aircraft guns, entered into a military outpost in the border village of Guvecci, which faces a Syrian military outpost across the border and where Syrian forces and rebels clashed in recent months, TRT television footage showed.

Prime Minister Recep Tayyip Erdogan warned Tuesday that any Syrian military unit approaching its border will be treated as a direct threat. Turkey's NATO allies have expressed solidarity with Ankara and condemned the Syrian attack but made no mention of any retaliatory action against Syria.

The deployment came before President Abdullah Gul chaired a National Security Council meeting on Thursday, TRT said. The meeting, attended by Cabinet members and the military's top brass, is expected to focus on tensions with Syria.

Turkey and Syria had cultivated close ties before the Syrian revolt began in March 2011, but since then Turkey has become one of the strongest critics of Syria's regime and repeatedly called on Syria's President Bashar Assad to step down as 33,000 Syrians have sought refuge in Turkey.

World leaders to talk Syria without Iran Saudis
Clinton hopeful Syria meeting can be turning point
U.N.: Syria violence as bad, if not worse, than before ceasefire agreed

Turkey is also hosting civilian opposition groups as well as hundreds of army defectors who are affiliated with the Free Syrian Army and collect food and other supplies to deliver to comrades on smuggling routes.

A Syrian minister said Wednesday his country's forces may have mistaken the Turkish plane they shot down for an Israeli one.

Syrian Information Minister Omran al-Zoebi was quoted as telling Turkish news channel A Haber in a telephone interview Wednesday that his country did "not want a crisis between Turkey and Syria."

Al-Zoebi said Turkish and Israeli fighter jets were mostly U.S.-made, which may have led the Syrian forces to mistake it for an Israeli jet.

Syria insists the Turkish military plane violated its air space on Friday. Turkey says that although the jet had unintentionally strayed into Syria's air space, it was inside international airspace when it was brought down over the Mediterranean by Syria.

The search for two missing pilots was under way in Syrian waters but hopes dimmed for their survival, Turkish authorities said.