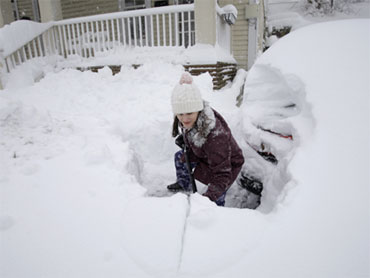 "Overweight" is not a word that people often associate with Miss America.
But according to The Early Show veterinary contributor Debbye Turner, who won the crown in 1990, her weight always has been an issue in her life.

Recently, she decided to do something about it.

"Since I hit puberty, I have struggled with my weight," she says. "And I have never been as active as I should have been.

"I starved myself to get to a weight. I stayed at that weight for one day, the day I became Miss America. And the next day, I started gaining all that weight back. I ate cheeseburgers every day for a full two weeks after I won Miss America."

Issues with weight run in Debbye's family. Her mother struggled with obesity until her death 10 years ago and, ironically, her weight caused Debbye to gain more weight herself.

"I started gaining this weight -- and I don't use this as an excuse, but just simply as a reality -- shortly after my mother died. That was just an emotional cataclysmic event in my life. And I think I just sort of had that, 'Well, why not? (attitude).'" You know, 'Why not eat more?' And my weight just slowly began to creep up."

Debbye was never obese, but her bad eating habits resulted in a 30-pound weight gain.

Eleven months ago, Debbye decided she had to lose weight for her health, not her beauty.

"Diabetes runs on both sides of my family," she says. …"These real health issues -- the diabetes, the knee problems, the back problems, the high blood pressure, heart disease -- were going to all become a reality for me."

So Debbye set up a goal of training for and completing her first marathon, one step at a time.

Debbye has come to realize that no one needs to be Miss America thin, but everyone should strive to be everyday healthy.

"I do not want to send a message that what's important is to be thin and to wear a size two," she stresses. "It's not the size of the clothing that's my goal. It's about being strong and fit and putting the right fuel in my body."

Debbye feels she is winning her mother's fight. She says she thinks about her mom "every second. I know she's proud of me because I know she struggled with this her entire adult life. And she didn't resolve it.

"But I know that she would be proud that, before it's too late and before I have to go through real health issues, that I'm finally resolving this and taking control of my health. I hurt, but I'm happy."

"It's been an amazing journey because it helped me literally take control of my life," she notes. "I'm going to do another one," she adds.

"I had nothing special," she concludes. "When I started back in April, I barely could run two miles, but, in little steps, I did it on my own. Anybody can do it."

I invite you to join me in celebrating the life of Gussie Turner. Would you make a donation to the Gussie Turner Memorial Scholarship fund to help a worthy student fulfill their educational goals? My mother's last job was as an academic counselor at Arkansas State University. I cannot count the number of her former students that credit my mom for their success. Please help me keep her legacy alive with a generous donation to her scholarship fund. A donation of any amount would be greatly appreciated. Since my mother literally poured out her life for others, I know you will do your absolute best in your giving.