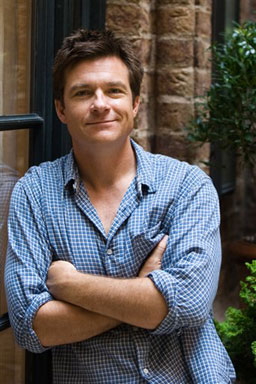 Emergency crews searched for survivors Tuesday amid the wreckage of communities pulverized by a series of storms that barreled through the nation.

As CBS News Correspondent Mark Strassmann reports, in 14 storm-tossed states, roughly a third of America, the storm system spawned tornados and terror. At least 36 people were killed including 17 in Tennessee, 12 in Alabama, 5 more in Ohio. Neighborhoods and nerves were shattered and over 200 people were injured.

The long band of storms, including several tornadoes, stretched from Louisiana to Pennsylvania, with Tennessee and Alabama the hardest hit Sunday.

According to CBS News Correspondent Jim Axelrod, Ohio was torn up by "the monster" - a tornado a half-mile wide that cut a path a hundred miles long.

The metal twisting tree snapping winds are blamed for at least 5 deaths. Tossing cars, pulverizing barns and wiping away the fronts of homes. State officials tagged it as the worst twister in 40 years.

"This is documented as an F-4 tornado. Force in excess of 200 miles an hour," said Maureen O'Connor, Ohio's Lt. Governor.

In Van Wert, Ohio parents and children who had just watched "The Santa Clause 2" movie were evacuated to the theater's bathrooms and hallways, sparing them from a deadly tornado that blew two cars into the theater.

"There was just wind and glass shattering and things falling and tiles. I didn't know what the heck was going to happen. I was just hoping to get through," describes Scott Shaffer, the theater's manager.

He gathered everyone together and ordered them to the concrete bathrooms.

Shaffer tells Axelrod, "I was just too scared to panic."

The theater had about 130 people in it. About half of the 130 were kids. But all are safe thanks to the fast thinking of the staff.

"It could have been a real tragedy," said Jack Snyder, spokesman for Van Wert County Emergency Management Agency. "We consider ourselves very lucky."

Theater owner Jim Boyd, whose house next door to the theater also was destroyed, said Monday: "The Lord was looking out for us and our customers."

"Our entire life went away in a matter of five minutes. But we're alive and we're extremely lucky," said Boyd, who was a mile away visiting his mother when the tornado hit.

The storms cut a 100-mile swath through northwest Ohio farmland, seriously damaging the town of Van Wert. Gov. Bob Taft declared a state of emergency Sunday night in Van Wert and Ottawa counties, but the storms caused problems around the state.

The stormy weather continued Monday morning, with tornado warnings posted for sections of Maryland, Virginia, the Carolinas and Georgia. Thousands lost power in the Carolinas and possible tornadoes damaged homes in Louisiana and South Carolina.

The hardest-hit area in Tennessee was a five-mile swath in Morgan County, about 40 miles west of Knoxville. The county includes Mossy Grove.

In tiny Mossy Grove, 7 people were killed. Inside a crushed SUV, a father and his infant son died fleeing to safety.

"My son, right there in front of me, it started sucking him up and I had to lay on top of him to hold him down," says Tabitha Henry.

A quarter mile away, Ralph Kivett coward inside his house that is now just a memory.

Kivett sat on the kitchen floor, put his arms over his head and prayed, "The roof left us and the floor fell through. But through the grace of God, I'm still here."

At least 40 people remained unaccounted-for Monday in Morgan County. Rescuers said most of the missing were probably alive but out of touch with family members because the storm knocked out phone service and blocked roads.

Of the 20 or so homes in Mossy Grove, about a dozen were destroyed. In many cases, all that remained was a foundation and rubble a couple of feet high.

Another hard hit town was Carbon Hill, Ala., outside Birmingham, where residents are looking for aunts, uncles, and other loved ones amid the giant hardwood trees that the nighttime swarm of storms sent crashing onto homes.

A Carbon Hill patrolman said he was shocked when a tornado blew his parked patrol car toward him. He warned his dispatcher, Jennifer White.

"When he seen it come through, he told me to take cover," said White. "And then when I seen him pull up and noticed that the car was coming towards me inside the building, I got under the desk."

"I reckon about a third of the town is gone," said Terry Murray, part of a crew surveying the extent of the damage in Carbon Hill.

"Everybody's house is just totally gone. My son doesn't even know where his house is," said Sheryl Wakefield in Carbon Hill. "It's gone. It's just gone."

Wind hit an estimated 140 mph in Tennessee and the storms carried torrential rain and golf-ball-sized hail.

The injured included at least 55 people in Tennessee and 50 in Alabama.

Green was at the scene where the bodies of two women were found: "They were laying down off the side (of a road)," he said. "It was bad. Carbon Hill had a bad time."

The tornadoes in Tennessee came in two waves. Late Saturday and early Sunday, twisters skipped across western and middle Tennessee, killing three people. On Sunday night, the second line of storms crossed the state — this time south and east of Nashville.

Two people, including a 10-year-old boy, were killed and 15 people were injured Sunday night when two mobile home parks, three houses and a church were damaged near Manchester, about 60 miles southeast of Nashville, Sheriff Steve Graves said.

Meteorologist Dan McCarthy, who issues tornado warnings from Storm Prediction Center in Oklahoma, watched as hot and cold air collided, triggering violent storms along a thousand mile front from Mississippi to Pennsylvania. "This was a springtime situation in the month of November," he says.

"Usually that's April, May and June. But in the particular case we've seen a trend over the last 20 to 30 years that we do get a second season. And that second season does occur in October or early November," he told Orr.

The danger is greatest in an El Nino year like this one that has already seen the west coast battered by storms. 26 people were killed by El Nino fueled tornadoes in November 1992 in a cluster outbreak frightening similar to this weekend's.

The heat and energy generated by El Nino in the Pacific tends to drive the jet stream deeper into the south.

"As a result they do two things first the drive the cold air down from Canada. Second, they lift the warm moist air from the south with extra energy. So, when those two air masses collide you're more likely to get a tornado outbreak like we've seen in the last couple days," explains Bryan Norcross, WFOR-TV Meteorologist.

"Right now we have a record of 56 reported tornados that occurred since yesterday alone," he tells Orr.

And no one can say they're over. With the deadly weather mix still moving southeast, forecasters have posted new watches with trackers keeping an eye on developing storms as far south as Florida.