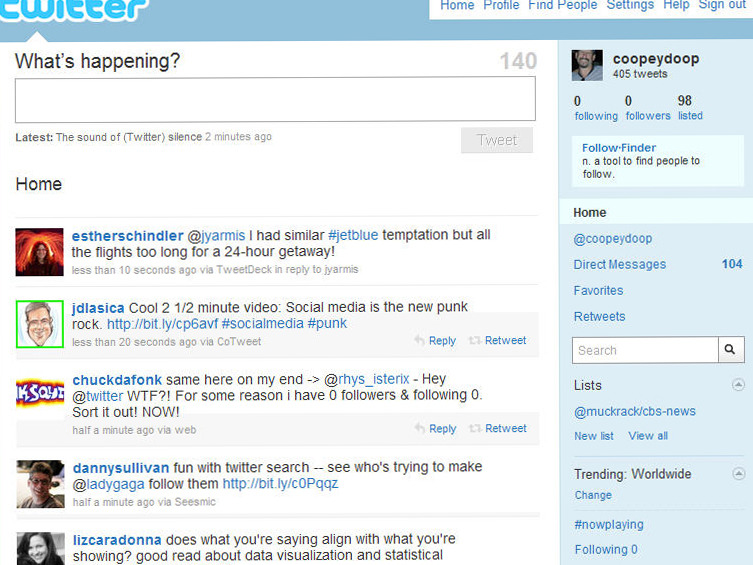 Twitter was back to normal after it temporarily vaporized the accounts of followers and accounts followed while it worked to battle a software bug.

Twitter confirmed the existence of the bug, which could be exploited to force one user to follow another. Earlier, the tech site Gizmodo, which had been tipped off to the vulnerability, published a step-by-step guide how to get any Twitter user to follow you.

As it worked to "rollback all abuse of the bug that took place," Twitter reset the follower/following numbers to 0. Company spokesman Sean Garrett told CNET that the bug was "unfortunately" real, and that the company hoped to know more about the specifics later on.

Twitter said that the bug did not make public any protected updates.