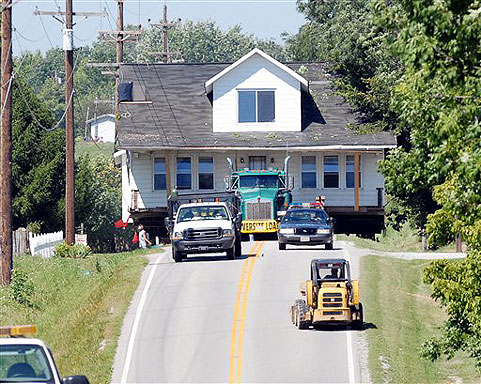 The heads of two Jehovah's Witnesses kidnapped in a Muslim extremist group's stronghold were found dumped in a public market Thursday in the southern Philippines. Four other members of the Christian sect remained captives.

The military and local police had blamed the al Qaeda-linked Abu Sayyaf group for the Tuesday abductions, saying the nephew of a local Abu Sayyaf leader was among the armed kidnappers. But they backtracked Thursday, blaming a group of bandits headed by the nephew.

The incident, which bore all the hallmarks of an Abu Sayyaf attack, has been a huge embarrassment for the military and the government of President Gloria Macapagal Arroyo, who said just weeks ago that the Abu Sayyaf had been decimated and virtually defeated with the help of a six-month U.S. counterterrorism training exercise.

"Just when you thought it was safe to go back into the water, the sharks called Abu Sayyaf rear their ugly heads again," said the Manila Standard newspaper.

Brig. Gen. Romeo Tolentino, army commander on the southern island of Jolo, said the heads of the two male hostages were found in bags with notes denouncing them as "infidels."

The bags were left at food stands about 100 yards apart at the main market in the town of Jolo. The attached notes called for "jihad" or Islamic holy war, Tolentino said.

"This is what will happen to those who do not believe in Allah," said one note found near one of the heads of the men.

The two men, along with four women, were abducted Tuesday a few miles outside of the town of Jolo in Patikul district, a stronghold of the fanatical Abu Sayyaf group that survived a U.S.-backed military campaign to wipe it out.

The hostages had been selling Avon cosmetics, herbal teas and medical supplies on the predominantly Muslim island, police said.

Some Philippine newspapers described them as also being "preachers" who had been spreading their religion in Patikul, considered extremely dangerous for Christians. Authorities on Jolo Island, about 600 miles south of Manila, could not confirm this.

The army reacted by pounding suspected rebel lairs near Patikul with rockets and cannon on Thursday.

"This is a barbaric act by a barbaric group trying to propagate their religion," Tolentino said.

For the second consecutive night, the army on Wednesday shelled suspected Jolo island hide-outs of the Abu Sayyaf, known for mass kidnappings of Filipinos and others, including Americans and Europeans. Some have been beheaded.

Early Thursday, the military issued a statement saying the Abu Sayyaf was responsible for the abductions and beheadings. But military Southern Commander Lt. Gen. Ernesto Carolina backtracked after a meeting of the local crisis management committee, saying two hitchhikers were responsible.

"This kidnapping ... was a chance incident, it was not planned," Carolina told DZBB radio. "We want to correct the impression that there is trouble again in Sulu and that the Abu Sayyaf were responsible."

On Thursday, hundreds of army reinforcements, including elite fighters who received counterterrorism training from U.S. troops this year, arrived in Patikul from other villages on the island.

Officials said the two dead were 21-year-old Lemuel Bantolo and Leonel Mantic, of an unknown age.

Mantic's 23-year-old widow, Emily, was believed to be among the remaining captives, along with Cleofe Bantolo, 46, Flora Bantolo, 40, and Nori Bendijo, 41. The relationship between the captive Bantolos and the victim Lemuel Bantolo wasn't immediately known.

Police and military officers had previously said the kidnappings were led by Muin Maulod Sahiron, a nephew of Radullan Sahiron who heads the Abu Sayyaf group in Patikul.

Police said two men with pistols stopped a jeep carrying the Jehovah's Witnesses and forced them out on Tuesday. The driver was left behind and alerted authorities. Two other people in the vehicle, who were Muslim, were not taken hostage.

The Abu Sayyaf has often kidnapped for ransom, but more frequently has abducted poor Filipinos, mostly Christians, to serve for weeks or months as slave labor. Kidnapped women are sometimes forced to marry guerrillas.

For six months beginning in February, about 1,200 U.S. troops trained and gave supplies and intelligence to Philippine troops hunting the Abu Sayyaf.

The U.S. program ended officially three weeks ago, although a few Americans remain on Basilan island near Jolo.

On May 27, 2001, Abu Sayyaf rebels raided a tourist resort and abducted three Americans and 17 Filipinos.

That kidnapping saga ended on June 7 this year when U.S.-trained and backed Philippine soldiers tracked down the rebels.

They rescued American missionary Gracia Burnham, but her husband Martin Burnham and Filipino nurse Ediborah Yap were killed in the raid.

A Filipino man, Roland Ullah, is still being held. He was taken from a tourist resort in Malaysia during another Abu Sayyaf mass kidnapping two years ago.