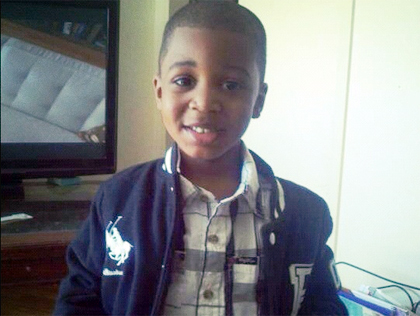 Pinkerton was charged with murder and criminal possession of a weapon early Wednesday morning, according to police. Kelly also faces weapons charges.

Police Commissioner Ray Kelly said Pinkerton admitted firing shots during a charity basketball game on Sunday in a Bronx neighborhood as Lloyd Morgan was playing at a playground nearby, CBS New York reported.

The little boy was caught in the crossfire - shot in the head, and killed.

As police continue their investigation, Lloyd's mother is making funeral plans and preparing to bury her son. A rally and vigil was held late Monday afternoon at the basketball court where Lloyd was killed.

"He wanted to be a basketball player someday and I just feel like, he probably could've been the next basketball player," said Shaniqua Williams, Lloyd's cousin. "But somebody shot him and he will never get that chance."