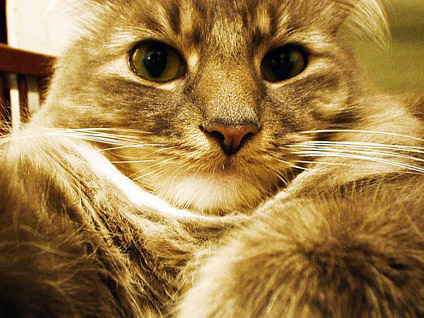 Unlike actresses who cringe at the thought of getting older, Tyne Daly of the hit CBS family drama "Judging Amy" says, "It doesn't frighten me as much as dying. ...if you consider the alternatives."

Daly tells The Early Show co-anchor Rene Suler, "It doesn't frighten me. It interests me. Perhaps I've always been interested. I just like all the phases of life, so I'm in it now, so it's not really interesting for me to pretend not to be.

"There are a lot of perfectly good 17-year-olds and 27-year-olds and 37-year-olds arriving in Los Angeles all the time. I don't see any necessity to pretend to be one. I am what is called 'pushing 60.' I've spent most of my 50s pretending to be 60, and when I get to be 60, perhaps I'll pretend to be 40. I'm an actress. I can do anything I feel like," she says with a chuckle.

On "Judging Amy," Daly plays Maxine, a passionate social worker whose daughter just happens to be a family court judge.

"Maxine has been a social worker for better than 35 years, and we are taking her at this time, in the show, down to the depths," Daly reveals. "She's losing it. The pressure is on.

"She's a loose cannon. A rules-bender. …But it's really interesting to be in the sixth season of a show and getting the most challenging work opportunities that you've had. So that's fun. And difficult.

"But this is the beginning of a bottoming-out for Maxine, who is not only under a lot of work stress, but she's also ill and she doesn't know it."

Daly notes she's had "supreme luck in acting partners. So (Amy) Brenneman (who plays her daughter, Amy) is the latest one, and we got in sync very early, and that's a developing relationship, both personally and professionally."

Daly says their on-screen relationship is typical of a "generational dynamic." They're at a point where they're "missing each other. They're in separate realities, and in a period that happens in, I don't know, lots of relationships, where you love each other dearly. That's not in question. But they're just missing each other," living in almost parallel worlds.