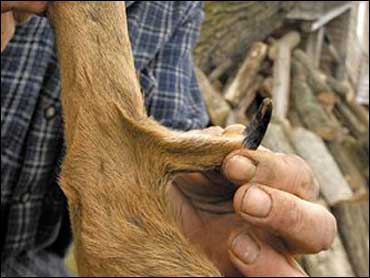 Mike Tyson was fined $187,500 Tuesday for his behavior after his 38-second victory over Lou Savarase but escaped a ban from fighting again in Britain.

The British Boxing Board of Control found the former undisputed heavyweight champion guilty of misconduct during his contest against Savarese in Glasgow in June.

Tyson was displeased with the decision, but said he wanted to "put the incident behind him."

Tyson was not at the hearing in London, but was represented by lawyers. He was charged after failing to stop throwing punches after referee John Coyle had stopped the fight. He also knocked Coyle to one knee with some of the blows he was aiming at Savarese.

Tyson also was reprimanded but not fined on a second charge of using inappropriate language after the Hampden Park contest. In postfight comments, he said of IBF and WBC champion Lennox Lewis: "I'll rip his heart out and feed it to him."

"I want your heart," Tyson added in remarks directed at Lewis. "I want to eat your children."

"Mike is pleased to put this incident behind him. I think everyone would agree that Mike looked fantastic in his performance versus Lou Savarese, and he is anxious to return to the ring."

The hearing, originally set for Aug. 9, was postponed until Tuesday at the request of Tyson's lawyers.

Tyson, a convicted rapist, sparked widespread protests from women's groups in Britain after he was given special dispensation to enter the country for two fights this year by Home Secretary Jack Straw.