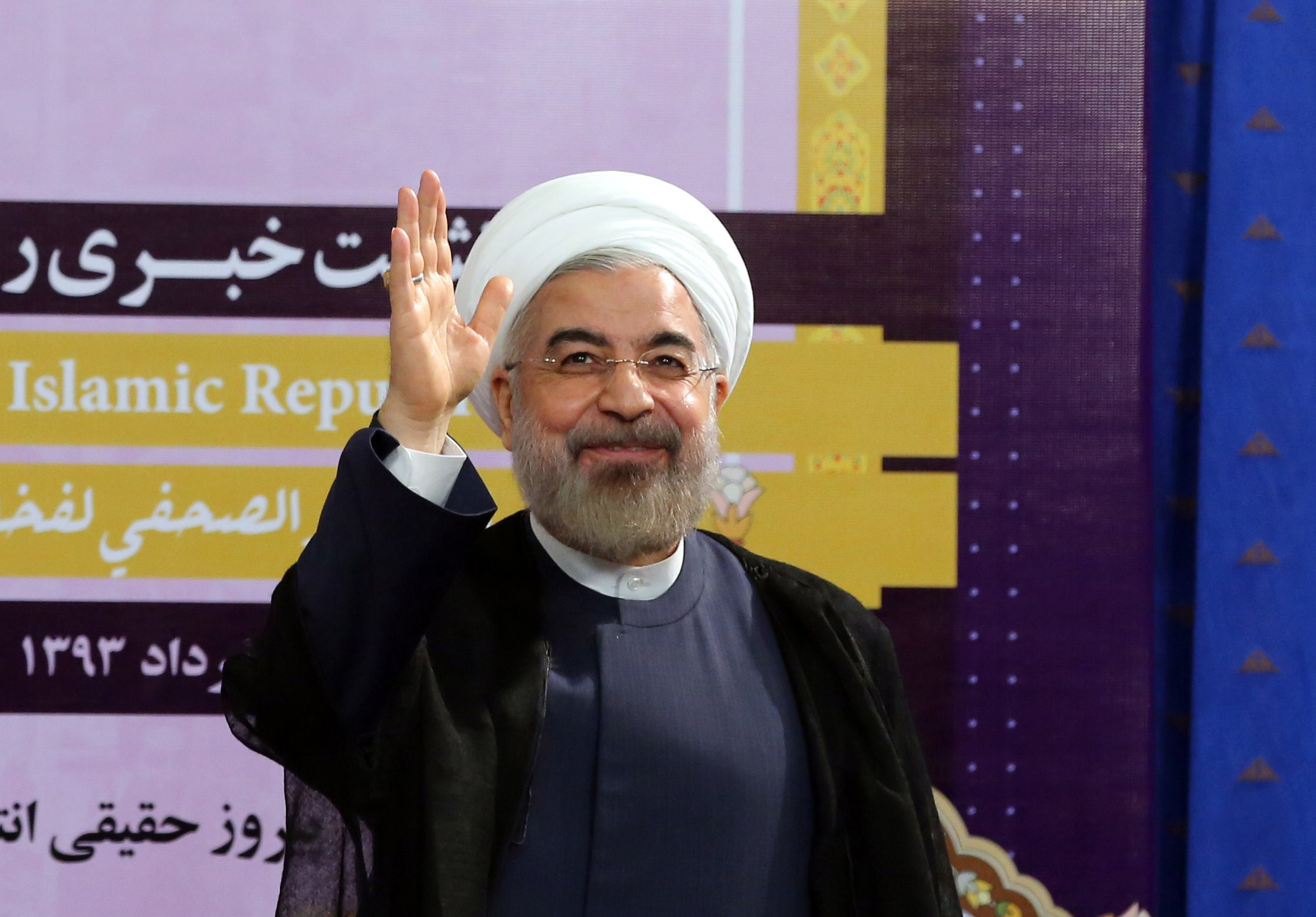 He told Parliament he was satisfied that British embassy personnel in Iran would be safe in Tehran and would be allowed to work without hindrance.

"Iran is an important country in a volatile region, and maintaining embassies around the world, even under difficult conditions, is a central pillar of the UK's global diplomatic approach," he told Parliament in a written statement.

The British Embassy in Tehran was closed in late 2011 after hard-liners overran the building. Details about the possible timing of a reopening of the U.K. embassy were not immediately announced.

The two countries have been in contact in recent days because of shared concerns over mounting violence in Iraq.

American officials have also expanded contacts with Iran recently, and Secretary of State John Kerry said Monday that the U.S. might be open to what he described as, "any constructive process that could minimize the violence, hold Iraq together, the integrity of the country, and eliminate the presence of outside terrorist forces that are ripping it apart." As for what kind of process that might entail, Kerry said he "wouldn't rule out anything."

The State Department has since clarified that "anything" means no coordinated military intervention, but rather any discussion that can help strengthen the Iraqi government.

"We believe the focus should be on encouraging Iraqi leaders to govern in a non-sectarian way, and our discussion wouldn't be about cooperating or coordinating on military goals," State Department spokeswoman Jen Psaki told reporters.

Nuclear talks taking place this week in Vienna offer a convenient background for the U.S.-Iran conversations to take place: Deputy Secretary of State William Burns and Iranian Foreign Minister Zarif are both there for the talks, and a senior State Department official said the issue of Iraq came up on the margins of the meeting Monday, separate from the nuclear talks.

"These engagements will not include military coordination or strategic determinations about Iraq's future over the heads of the Iraqi people. We will discuss how [ISIS] threatens many countries in the region, including Iran, and the need to support inclusivity in Iraq and refrain from pressing a sectarian agenda," the official said.

Any engagement with a long-time foe comes with risks, explains CBSNews.com's Rebecca Kaplan, and many experts warn against giving the Islamic Republic too much leverage in regional affairs.

"The fact that we've been talking to the Iranians and there are some American officials who have decent rapport with their Iranian counterparts and vice versa is helpful. The fact that Iran has more options than the United States is less helpful from a U.S. perspective because you run the risk of needing the Iranians more than they need you," Jon Alterman, the director of the Middle East program at the Center for Strategic and International Studies and a former state department official told CBS News.

"You can work with the Iranians but the Iranians are pretty shrewd analysts of their own interests," added Alterman. "The Iranians see themselves as being vastly overmatched by the United States and any shred of advantage they can salvage, they're going to salvage."