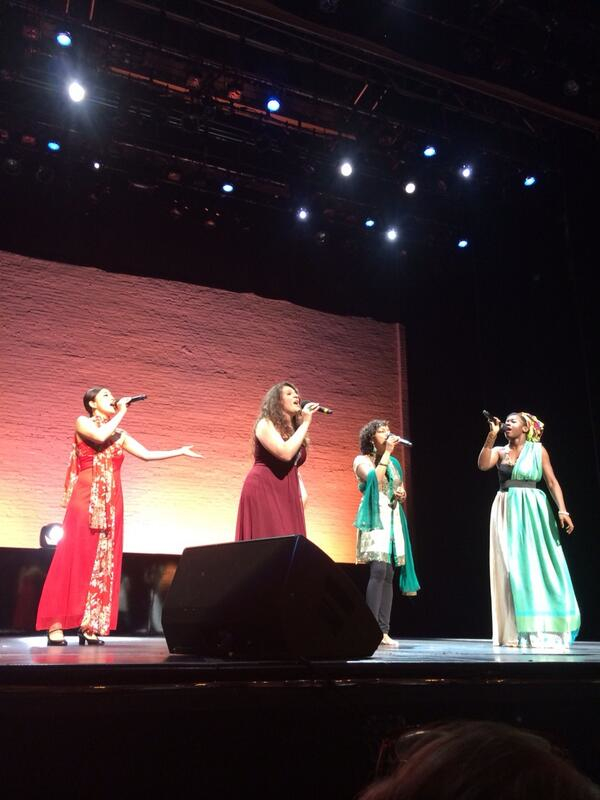 At the Apollo Theater in Harlem Thursday night, South African-born Phumzile Mlambo-Ngcuka, executive director of U.N. Women, brought together performers and women's rights activists to celebrate the 20th anniversary of the World Conference on Women in Beijing. That conference, Mlambo-Ngcuka said, is "still the most comprehensive affirmation of women's rights and empowerment."

But, earlier in the day, at U.N. Headquarters in New York, she conceded the issue of gender equality is "a mixed picture."

"We have reduced maternal deaths, even though 800 women die a day from causes that are preventable," she said.

"Progress has been slow, painfully slow."

The celebration came on the same day as the assassination of the Libyan leader and women's rights advocate Salwa Bugaighis.

"We mourn the loss of a sister and a courageous human rights defender," Mlambo-Ngcuka said.

The long march for civil rights

Her message was clear: There have been gains in the past 20 years, but women are, now more than ever, in the crosshairs of armed conflict. There is a pandemic of violence against women and the picture Mlambo-Ngcuka painted was grim.

"We have extremism in the world. Women, in particular, bear the brunt. Think of Malala, shot in Pakistan, for pursuing an education. Think of Nigeria and Boko Haram," she said. "It is girls being handed over to be reproductive channels of someone they have not chosen."

Regardless of the downsides, at the Apollo, there was celebration of progress.

"It is great to be here with all of you to celebrate the world's women's march towards full empowerment. This is your century," said U.N. Deputy Secretary General Jan Eliasson. "Remember, nobody can do everything - but everybody can do something."