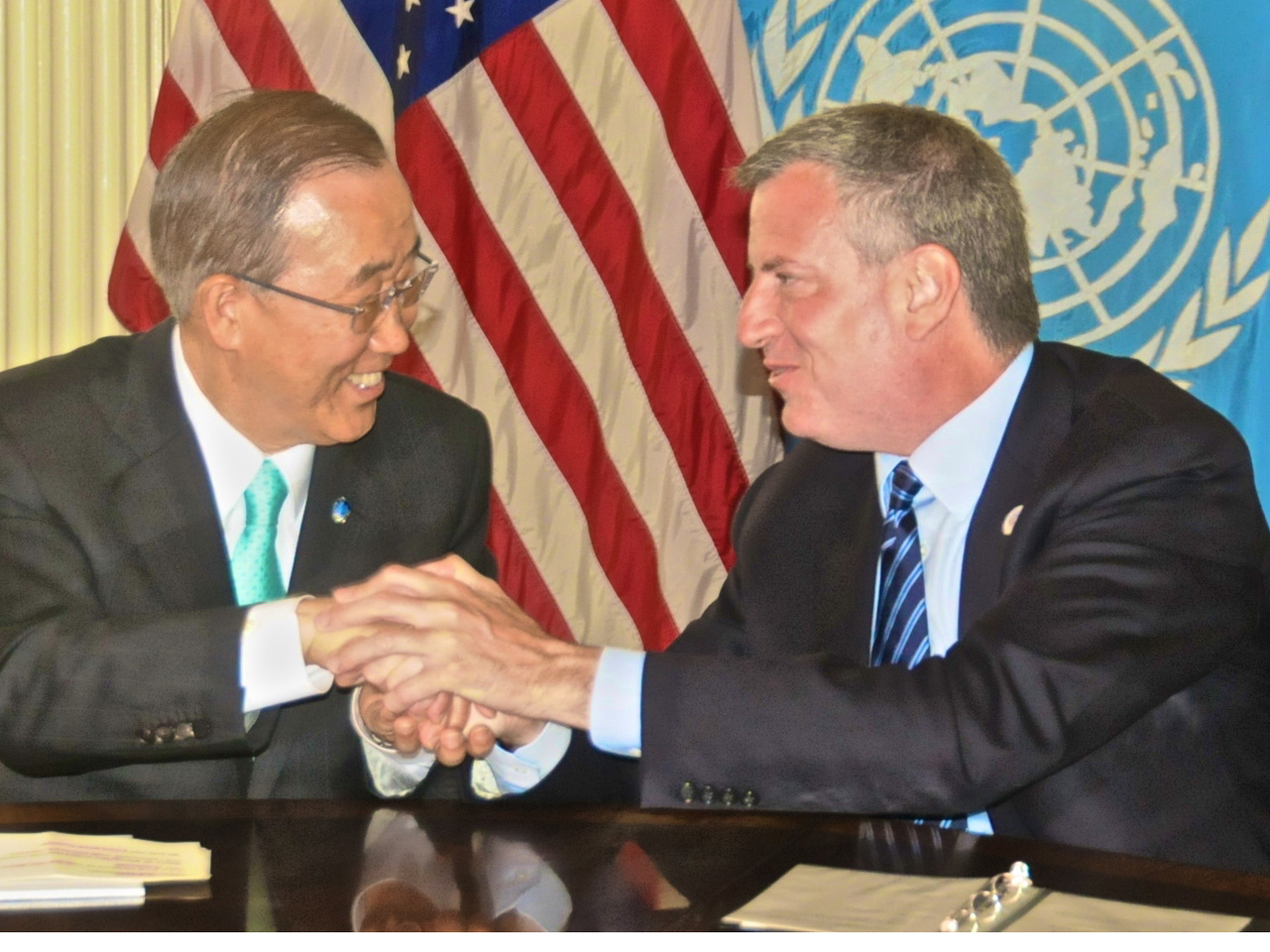 NEW YORK -- With a sense of urgency about the need to get world leaders to agree on ways to stop rising waters and other effects of climate change on coastal cities and island nations, U.N. Secretary-General Ban Ki-moon has expanded his upcoming summit on the issue beyond heads of state and government to include mayors of impacted cities.

In early May, Ban said, "We are rapidly approaching dangerous thresholds. The longer we delay, the more we will pay."

But the U.N. has had its share of problems on the subject. As far back as 2010, the United Nations Intergovernmental Panel on Climate Change (UNIPCC) was controversial, slammed by scientists who have questioned the evidence. Although the September U.N. summit isn't part of the upcoming U.N. Framework Convention on Climate Change (UNFCCC), the world body is hoping to help gain momentum in the coming year by bringing government leaders together to discuss the subject in New York.

And now, the U.N. is approaching a deadline. In 2015, the UNFCCC hopes to conclude a global agreement.

New York City faces similar urgency: It has 520 miles of coastline and is still reeling from the effects of superstorm Sandy.

So when Ban went to New York City Hall to meet with de Blasio, climate change was high on the agenda.

"I am very glad that the Office of Emergency Management of New York City and the United Nations Emergency Preparedness Support Team have already been working very closely on the matter," Ban told de Blasio.

New York City has its own 2014 Climate Week, scheduled to coincide with the U.N.'s summit.

The alliance helps both New York and the U.N., increasing the likelihood that an agreement on global action of climate change will be reached, diplomats say.

The secretary-general, de Blasio said, has been a strong voice "pushing the nations of the world to grapple with this issue and take action."

The U.N. is looking for support from Washington as well as cities around the world.

The head of the U.N. negotiations, Executive Secretary Christina Figueres, was already out ahead of power plant regulations proposed by the Obama administration Monday, saying Sunday that she believed that the U.S. rules would send a "good signal" to other countries to tackle the greatest source of greenhouse gas emissions.

In New York, what stood out between de Blasio and secretary-general was their apparent chemistry. At the meeting, Ban made the point that after 14 years of living in New York, he wanted to assure there was urgency to addressing climate change, saying, "New York is the city that never sleeps; the United Nations works around the clock, around the world, to address global challenges."

Leaving the meeting, Ban said to reporters on the steps, "I like him, I invited him to the Climate Summit - he is committed to making it work."