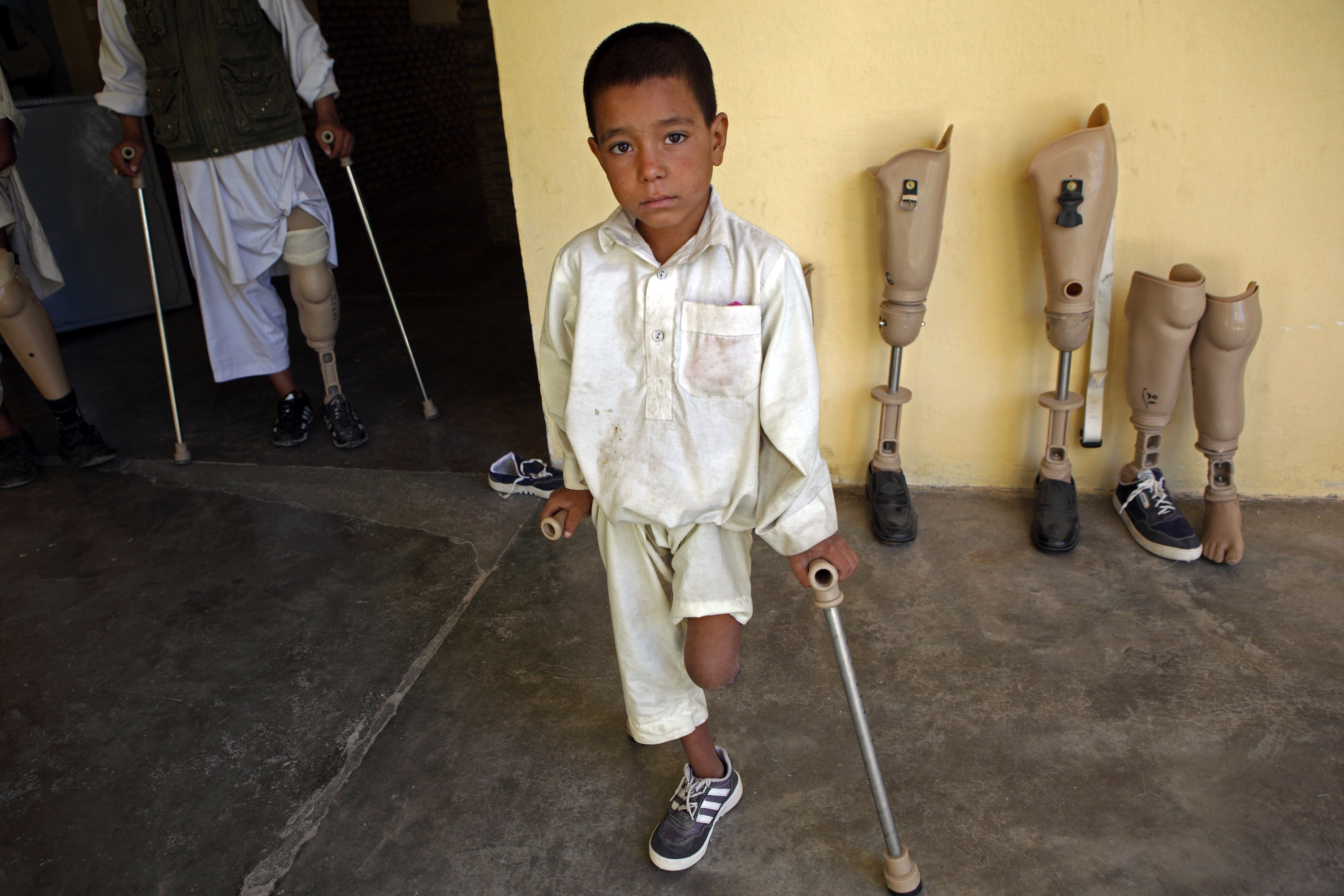 WASHINGTON -- The Obama administration announced Friday that the United States will no longer produce or acquire anti-personnel land mines and plans to join an international treaty banning their use.

Human rights advocates have long pushed the United States to join 161 other nations in signing the 15-year-old Ottawa Convention, which prohibits the use, stockpiling, production and transfer of the mines. President Bill Clinton had a goal of joining the treaty, but the Bush administration pulled back amid objections from military leaders. Obama ordered up a review of the U.S. policy when he came to office five years ago, and a U.S. delegation to a conference in Maputo, Mozambique, announced the result Friday.

"Our delegation in Maputo made clear that we are diligently pursuing solutions that would be compliant with and ultimately allow the United States to accede to the Ottawa Convention," National Security Council spokeswoman Caitlin Hayden said.

Steve Goose, head of delegation for the International Campaign to Ban Landmines, said the U.S. announcement is some progress, since in the past the U.S. has always reserved the right to produce more land mines. He also said it's a positive change for U.S. officials to say they intend to join the treaty, although he noted there's no guarantee or timeline for doing so. And he said the U.S. could still use its stockpile, which he estimates is probably about 9 million land mines in storage around the world.

"While they are saying they are working toward banning them in the future, they are leaving open the option of continuing to use them in the meantime, which is kind of a contradictory way to approach things," Goose said in a telephone interview from the Mozambique conference. "They're bad enough to ban them, but we still want to use them."

Goose said the U.S. should join at least set a target date to join the treaty and immediately pledge not to use land mines and begin destruction of its stockpiles.

The administration's announcement was also criticized by the Republican leader of the House Armed Services Committee, Rep. Howard "Buck" McKeon of California, who said Obama was ignoring the advice of military leaders. He cited recent testimony by Gen. Martin Dempsey, chairman of the Joint Chiefs of Staff, that land mines "important tool in the arsenal of the armed forces of the United States."

"Irresponsible land mine use by other countries has come at a high humanitarian price, but America isn't part of that problem. Indeed, we do more than any other country to clean up these irresponsible weapons," McKeon said in a statement. "The president owes our military an explanation for ignoring their advice and putting them at risk, all for a Friday morning press release."

The U.S. has given more than $2.3 billion in the past two decades to more than 90 countries to remove mines and other conventional weapons and to aid victims. The Obama administration also in 2010 stopped the use of "persistent" or "dumb" mines that do not disarm and can remain a danger to unsuspecting locals for years.

The White House did not immediately respond to questions about the size of its stockpile or where the land mines are located. But Goose said the U.S. hasn't produced land mines since 1997 and has none deployed anywhere in the world. He said most are stored in the United States, but some are also likely kept in warehouses in South Korea, Japan and Germany.

Sen. Patrick Leahy, D-Vermont, has been pushing Obama to sign onto the treaty in a series of speeches from the Senate floor since March. Last Tuesday, he spoke as he stood next to a large picture of a Vietnamese girl who lost her legs in a mine accident. He said the U.S. announcement is incremental but significant.

"The White House once and for all has put the United States on a path to join the treaty," he said. "An obvious next step is for the Pentagon to destroy its remaining stockpile of mines, which do not belong in the arsenal of civilized nations."