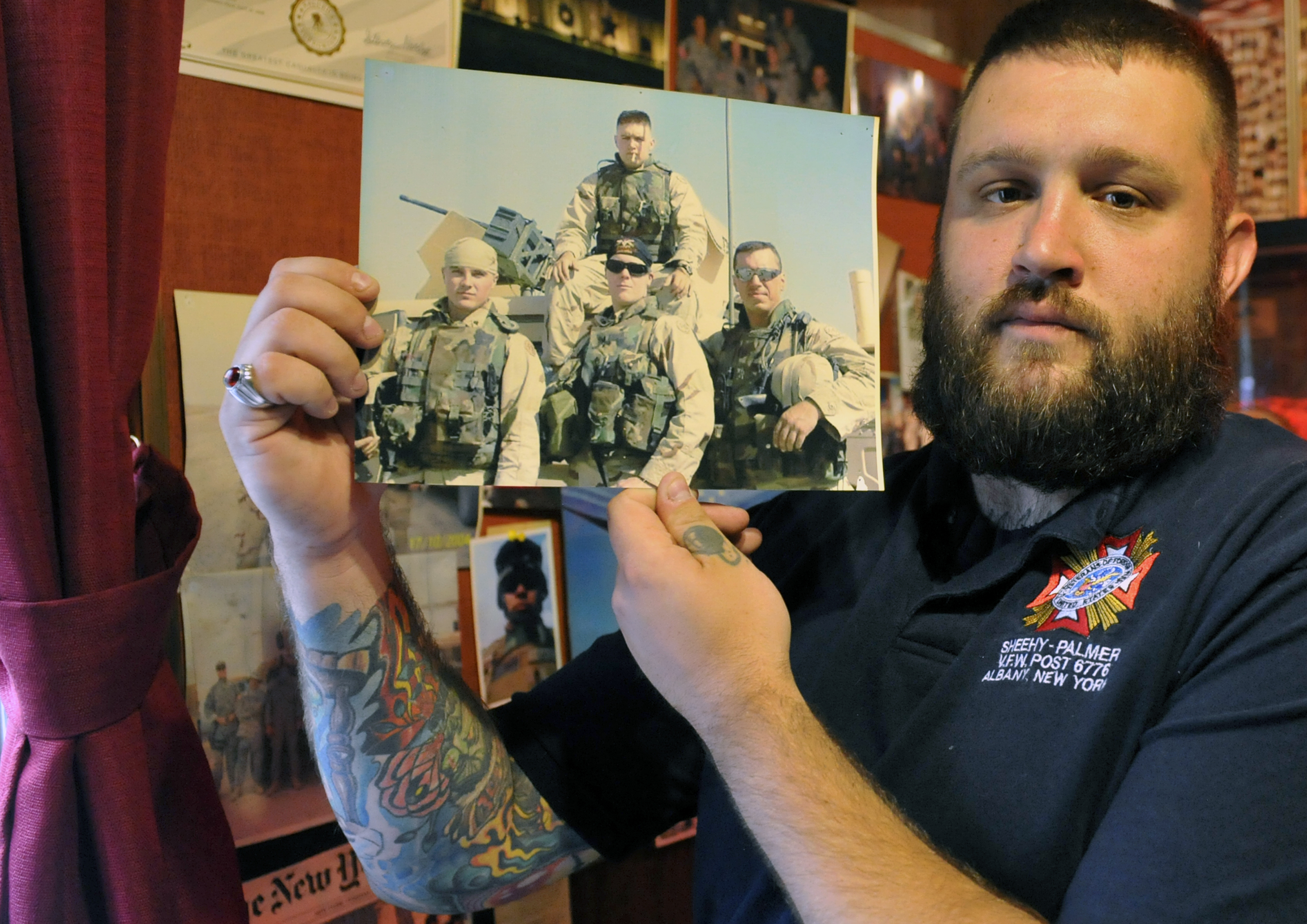 For an entire night, Marine Sgt. Colin Archipley crouched low atop a roof as U.S. artillery slammed insurgent hideouts in the Iraqi city of Fallujah.

Lima Company had already taken heavy casualties, and dozens of American soldiers would be killed before the house-by-house battles ended in late 2004.

At dawn, when orders came to destroy a suspected enemy weapons cache, Archipley discovered his unit was on top of the same building and insurgents were holed up just floors below. The Iraqi fighters scattered as U.S. forces blasted the building.

Nearly a decade later, he watched in frustration from his organic farm north of San Diego as an al Qaeda splinter group seized control of Fallujah, Mosul and other Iraq cities that Archipley and his comrades risked so much to protect.

Iraq's opportunity "was squandered," he said. "I'm not sure what else we could have done."

This week's stunning advance left many U.S. veterans reflecting - with bitterness, frustration and sadness - on the sacrifices of a war that lasted for more than eight years and killed nearly 4,500 Americans and tens of thousands of Iraqis.

On the broad stage of Middle East affairs, the unraveling highlights the resilience of extremists and the risks of weakened central authority. It also raises wider questions about the future of Afghanistan after international forces withdraw later this year, as well as worries about the growing influence of militant Islamic factions among Syrian rebels.

But it's in the small settings across America - VFW posts, rehabilitation clinics, kitchen tables - where a different type of reckoning is taking place. Soldiers and commanders who served in Iraq struggle to make sense of the unfolding chaos.

Johnson stood on Iraq's border with Kuwait as the last U.S. military convoy rolled south in late 2011. Even then, he said, it was evident that Iraq's military and security forces were not up to the challenges at hand.

Those tests included trying to confront strongholds of groups such as the Islamic State of Iraq and the Levant, which has managed to drive back better-armed Iraqi forces. Iraq's Shiite-led government - allied with both Washington and Tehran - is also increasingly estranged from Iraq's Sunni minority, which claims the Shiite leadership runs roughshod over their rights and concerns.

"It was clear that the Iraqi government and the Iraqi military were not going to be able to sustain themselves and keep the situation from deteriorating," Johnson said.

Because the cities loom so large on the roll call of Iraq battlefields, their loss sharpens the sting.

Fallujah, a mostly Sunni city west of Baghdad, was the scene in 2004 of some of heaviest U.S. urban combat since Vietnam. It later became a centerpiece of Washington's efforts to recruit Sunni militias as allies against insurgents.

"Losing Fallujah ... I really just honestly wanted to throw chairs across the room because what I've done there has basically just been undone," said former Marine Sgt. Ben Colin at VFW Post No. 6776 in Albany, New York. "We just basically went there and did nothing, in my opinion."

In the northern city of Mosul, Iraq's second largest, U.S. forces battled block by block against insurgents in 2009 before the deadline for American troops to leave major urban centers as part of the phased withdrawal plan negotiated with the Iraqi government.

Martin Schaefer, an Army reservist who did two tours in Iraq, groped for the right word to define his emotions near his home in Darien, Illinois. Not mad or upset, he said.

"Sad," he decided. "Sad to see that the work that had been accomplished by the U.S. and Iraqi forces is being undone by an insurgency."

In the Boston suburb of Arlington, veteran Jeffrey Chunglo winced at reports of insurgents seizing U.S. military equipment, including armored vehicles and weapons that had been left with Iraqi forces to defend Mosul.

"I think we were in a hurry for an exit strategy," said Chunglo, who served as a senior hospital corpsman with the Navy. "I think, obviously, a little more time could have been spent putting together a better plan for ongoing monitoring - especially over the last year - to limit the (insurgents') impact."

But many veterans acknowledge the pressures in Washington from a war-weary nation, particularly with Taliban violence on the rise in Afghanistan and demands for greater involvement in the Arab Spring uprisings.

New York veteran Matthew Pelak questions the staggering mandate given to U.S. commanders after the 2003 invasion to bridge the huge rifts between Iraq's three major groups: Sunnis who once rode high under Saddam, majority Shiites who took the mantle after Saddam's fall and the semi-autonomous Kurds in the north.

"We removed the government, the standing army, any way for that country to organize itself," said Pelak, a former Army sergeant who served in Iraq from 2004 to 2005 and later returned as a security contractor with the company then called Blackwater. "So it's a bit tough to just say, 'Hey, let's all play nice in the sand box.'"

In Iraq, Marine Staff Sgt. Marcus Berleson of Weatherford, Texas, served as a squad leader. In Afghanistan, he lost both arms and vision in his left eye trying to disarm an improvised bomb in December 2011.

"When we pulled out of (Iraq), we left a big power void," said Berleson, who now does outreach with wounded veterans. "We didn't have the country stable on its feet yet. It didn't have a true infrastructure. It didn't have true security forces or a military that was actually willing to stand up and secure the country for itself."

But few veterans appeared to support a return of U.S. ground forces to Iraq - a prospect that Pelak called "an incredibly bad idea."

"I think there is no place for the U.S. military right now in there," he said. "It would further just confuse the situation in an already chaotic environment."

For a former top U.S. commander in northern Iraq, the images of Mosul falling to insurgents leave only a sense of helplessness and sorrow.

"I keep going back to the number of soldiers who have given the best part of their lives to help make this country (Iraq) better," said retired Gen. Mark Hertling, who now lives in Orlando, Florida. "It's saddening and it's disheartening, and you know you can't do anything about it to fix it."

President Obama said Friday that the mounting violence in Iraq should be a "wake up call" for Iraq's leaders, committing the U.S. to help halt the advance of Islamist extremists, but saying that an ultimate resolution must come from Iraq's political leaders.

The president stressed that the violence is "not brand new," saying the U.S. has been "steadily ramping up our security assistance to the Iraqi government" over the last year.

At the same time, he added, the crisis in Iraq is not "primarily a military challenge."

"Any action that we may take...has to be joined by a serious and sincere effort by Iraq's leaders to set aside sectarian differences, to promote stability," he said. "We can't do it for them, and in the absence of this type of political effort, short term military action...won't succeed."