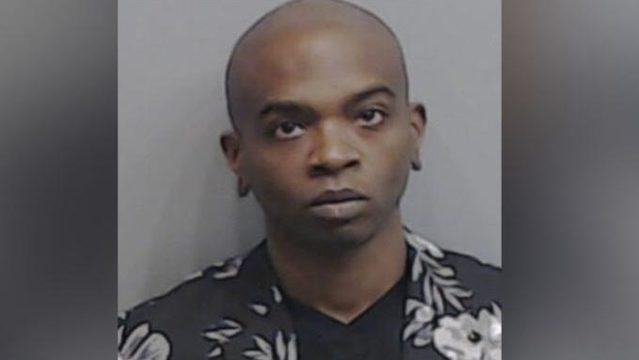 Local media report 36-year-old Robert Bivines turned himself in Monday. Atlanta police said in a statement they had a warrant charging Bivines with felony murder. The victim was identified as 30-year-old Ryan Thornton.

Police said Thornton ordered delivery from Uber Eats late Saturday and went outside his Buckhead apartment complex for his food. Investigators say witnesses told them Thornton and the driver exchanged words before the shooting.

Bivines' attorney, Jackie Patterson, told WSB-TV his client "had no choice but to defend himself" when the man became irate and aggressive over his order. CBS affiliate WGCL reports shots were apparently fired from inside the vehicle before the driver left the scene.

The Atlanta Journal Constitution cited an Uber Eats statement as saying Bivines passed a background check and had worked only days with the company.

The paper reports that Bivines was charged with assault in DeKalb County in 2009, and pleaded guilty to a lesser charge of battery in May 2010. But the offense wouldn't have been flagged by Uber's driver pre-screening process because it only tracks criminal records as far back as seven years, according to the Journal Constitution.

Uber's policy prohibits riders and drivers from carrying firearms in the vehicle while using the app, reports WGCL.

"We are shocked and saddened by this senseless act of violence and our hearts go out to (Ryan Thornton's) friends and family," Uber Eats said in a statement released to the Journal Constitution. "We have been working with the Atlanta Police Department, and the driver can no longer access the app."

Thornton graduated from Morehouse College last year with a political science degree and had recently started a new job, the paper reports.

"Ryan was an ambitious student with so much promise. He was well-respected by his peers and highly regarded by his professors," Morehouse president David Thomas said in a statement obtained by the paper. "We at Morehouse College will keep Ryan's family in our thoughts and prayers."