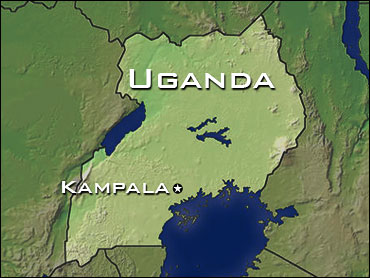 Rivers of mud swamped houses, stores and at least one school after heavy rains in this Central African country, killing at least 70 people with some 250 still missing, officials and survivors said Tuesday.

Rains that began Monday evening continued through the night, triggering landslides in the Bududa region, 170 miles (275 kilometers) east of Kampala.

Uganda's minister of state for disaster preparedness said the army would join the rescue effort.

"Many people, including over 50 students who had taken refuge in Namatsi hospital, are either dead or missing," said the minister, Musa Ecweru. "The government is doing all it can to rescue those still alive. President (Yoweri) Museveni has instructed the army to join the organizations and volunteers who carrying out rescue work."

Wilson Watira, a district chairman, said that rescuers had recovered 70 bodies by Tuesday evening but that around 250 people were still missing. One survivor said he was at a church service when the rains began.

"All of a sudden the church collapsed. Mud covered the whole place. Five people seated next to me died. I only survived because my head was above the mud," James Kasawi, 20, told The Associated Press from a hospital in Bududa, where he was recovering from a broken leg and arm.

Another survivor, Mohamed Mudindi, said the landslide took him by surprise.

"I was up in the mountain standing then I heard a loud bang then we saw smoke, then the landslide," he said. "So we started running away from the scene, we then went to the rescue place leaving many people and animals behind. So when we went back most of our people were gone."

Bududa has long suffered from landslides but rarely has the death toll been so high.

Police and army forces were working to recover bodies in the remote villages, which officials said were a three-hour walk from a main highway.

Unusually heavy rains also battered eastern Uganda in 2007 and forced 2,000 people from their homes and affected 50,000 people in what humanitarian officials said were the worst rains in 35 years. Landslides were reported in some areas. Nearly 4,000 households said their crops were damaged and flood waters contaminated springs, boreholes and wells for thousands of Ugandans. Many people reported being too afraid to use latrines in case they collapsed.