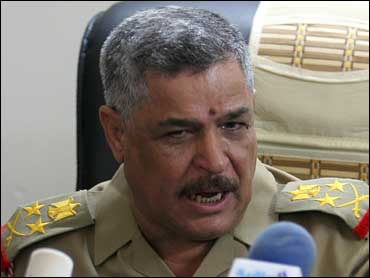 British troops began withdrawing Sunday from their last remaining base inside the southern Iraqi city of Basra, lawmakers and officials said.

Around 550 soldiers stationed in the Basra Palace base - their final position in the country's second-largest city - were leaving the downtown base to join around 5,000 other personnel at an air base camp on the fringes of the city.

Britain's defense ministry could not immediately confirm the details, but a government official said Prime Minister Gordon Brown was aware of the operation.

"It has always been our intention to draw down troops in Basra" as Iraqi army and police become ready to handle security duties, said a spokesman for Brown's Downing Street office, speaking on condition of anonymity.

Maj. Mike Schearer, a spokesman for British forces in Basra, declined comment: "We never speak about future or ongoing operations. I'm afraid we have nothing to say on that."

The base has been used by Britain to house soldiers and diplomatic staff since the 2003 U.S.-led invasion.

"This is not an unexpected move, but the families of the service personnel involved will want to know that every possible precaution has been taken to maximize their safety during this period," opposition Conservative party lawmaker Liam Fox said.

According to CBS News correspondent Larry Miller, reports indicate that Britain is ready to pull out most of its 5,500 troops from Iraq, and that government officials have decided to hand over control of Basra to Iraqi security forces as early as next month.

The Sunday Times reports Britain may be doing a deal with Shiite militias - including releasing known killers - to ensure a safe withdrawal. The Ministry of Defense is denying those reports.