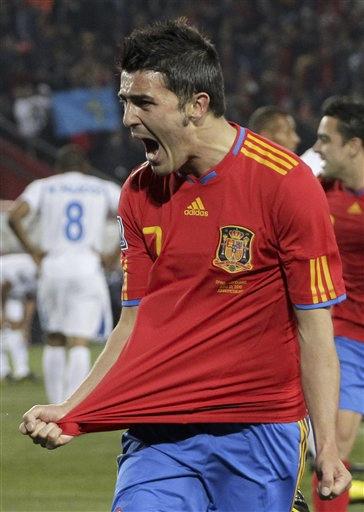 Britain raised its terror threat level from "substantial" to "severe" on Friday, meaning a terrorist attack is considered highly likely.

CBS News has learned that the reason behind the threat level's escalation was because of information obtained from suspected al Qaeda individuals recently arrested in Africa.

Those individuals spoke of an airline-related plot originating out of England, a high-ranking law enforcement source briefed on the threat level change told CBS News. Information on the destination of the planes is not known, the source said. U.S. government officials are taking the threat seriously and are expected to meet Friday night to determine what they should do, the source said.

The threat level had stood at "substantial" - indicating a strong possibility of an attack - since July.

In making the announcement, Home Secretary Alan Johnson said the raised security level means that Britain is heightening its vigilance, but he stressed that there was no intelligence suggesting an attack is imminent.

"The highest security alert is `critical,' and that means an attack is imminent, and we are not at that level," he said on British television.

The Department of Homeland Security tells CBS News that by raising its threat level from "substantial" to "severe", the U.K. is effectively ramping up their airport security measures to bring them in line with what the U.S. has done in the wake of the Christmas bombing attempt. (The U.S. threat level remains at "yellow" or "elevated," but the threat level for aviation has been at "orange" or "high" for years.)

Johnson declined to say what intelligence the change was based on, or whether the move was related to the failed Christmas bombing attempt, when U.S. authorities say a young Nigerian named Umar Farouk Abdulmutallab tried to detonate a bomb hidden in his underwear during a flight from Amsterdam to Detroit.

"It shouldn't be thought to be linked to Detroit, or anywhere else for that matter," Johnson said. "We never say what the intelligence is."

He said the decision to raise the threat level was made by the U.K.'s Joint Terrorism Analysis Center. He said the center kept the security threat level under constant review and made its judgments based on a range of factors, including the "intent and capabilities of international terrorist groups in the U.K. and overseas."

The measures followed a discussion between Brown and President Barack Obama on Tuesday.

Brown said Britain and other nations face a sharply growing threat from al Qaeda-affiliated terrorists based in Yemen and an area of north Africa that includes nations such as Somalia, Nigeria, Sudan and Ethiopia.